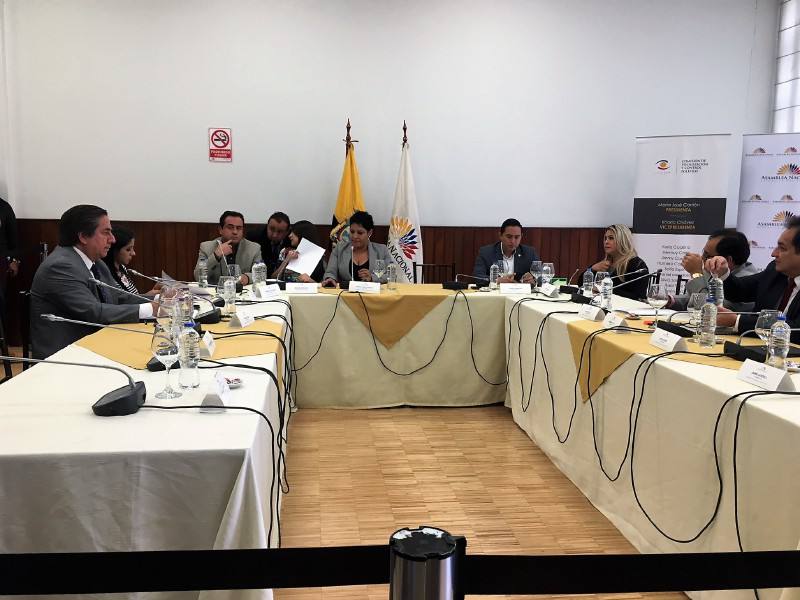 Audios, videos and testimonies of alleged victims were the tools used by Assembly members Esteban Bernal (CREO) and Raúl Tello (BIN), to strengthen their accusations that in the administration of the Judicial Council, chaired by Gustavo Jalkh , there was direct political interference in justice.

This Monday, the stage of presentation of evidence was completed during the impeachment trial that is being processed in the Assembly for breach of functions against Jalkh, and the main members of the Council.

The former legal secretary of the presidency, Alexis Mera, did not attend the invitation made by the Commission. In a letter he assured that it was not cited with due anticipation.

However, in the hearing of the opposition legislators, audits of Mera’s alleged telephone conversations with judges on court rulings were exposed.

Bernal put videos of interviews with Jalkh in media and audios of Mera, and said that they show the fear that infused the judges.

Another issue that was raised was the application of inexcusable error by actions of judges. He presented himself as witnesses to Pablo Cordero and Sonia Quezada, who were dismissed by application of that figure in a case in which Jalkh allegedly had interests, as he was a part to the proceedings.

Tello also relied on videos to affirm that it shows how the independence of justice was violated by the Executive.

Hernán Ulloa, representative of the committee of destitute judges, presented videos that, he said, show interference in justice. And he cited the case of the artist Sharon, in which he said that the accused had undergone a double trial. (I)