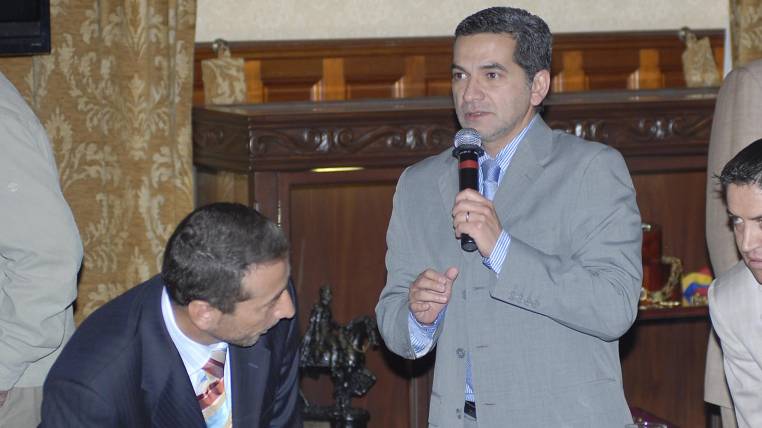 The Alvarado Espinel brothers left their ‘footprint’ on GamaTV. His companies and even his cousin did business with the channel seized by the State while they, Fernando and Vinicio, were public officials.

It is one of the novelties that the Comptroller found when reviewing the accounts of the channel between 2015 and 2017, during the Government of Rafael Correa.

A period in which Gama reported losses: he had revenues of 69.2 million dollars, but spent 74.3 million. The Alvarados are shareholders of two advertising companies, Creacional S. A. and Percrea Cía. Ltda. According to the control entity, they hired Gama to regulate commercials of public and private entities for 3.4 million dollars.

Therefore, they were entitled to a commission of approximately one million dollars. That is, the equivalent to 29.11%. The channel only paid $ 931,310.06. What was the problem? First, the contracts were made when Fernando Alvarado was the delegate of the president in the Media Management Unit (Ugemed).

And second, that the companies charged $ 236,630.28 even though they did not meet the minimum amount of hiring that they had scheduled with the channel. But the Alvarado brothers were also generous with their first cousin, who benefited, through the company Q. S. S. Producciones and the Higher Technological Institute of Television Studies (ITV), from three contracts and two agreements for $ 73,584.00.

The cousin of the officials charged even though he did not provide supporting documentation. In addition, says the Comptroller, Gama was forced to assume payments that had not been foreseen. One of them, a scholarship for $ 10,000 for the winner of the program ‘War of dreams’, which was issued between March 1 and August 14, 2017, with a rating of 0.83.

The program, says the document to which EXPRESO agreed, generated a loss for Gama of $ 19,411. The other ‘footprint’ of the Alvarado has to do with the transmission of Citizen Links. As Andrés Michelena, Secretary of Communication, has already announced in recent days, the channel transmitted 119 links, between January 1, 2015 and May 20, 2017, without there being an express order to do so from the Communication Department.

The channel lost 6.6 million dollars, assure the auditors. With an additional problem: “The rating of the Citizen Links was less than 1 point. That is, they did not maintain a high audience that justifies their continuity. ”

Gama not only lost money, but also lost customers. The media, however, also assumed part of the expenses for the production of the links. The Office of the Comptroller assures that Gama spent $ 77,063.44 on the mobilization, lodging, food, overtime and social benefits of two workers (the director of the chambers and the floor coordinator) who participated in the production of the Saturdays.

Now, the Comptroller’s Office recommends that Gama collect those resources. The case will also go to investigation of the Prosecutor’s Office. The auditors suspect that there were criminal offenses. (I)