The appraisal does not determine the sale price of the property 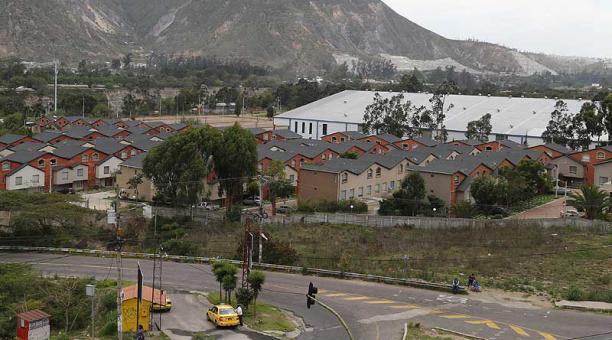 A property can be sold at a lower price than the value of the new appraisal established after the revaluation of goods, approved by ordinance, last December. According to the Municipality of Quito, the value of the appraisal that was updated for this year, as established by the Organic Code of Territorial Organization, is taken into account for the determination of taxes as the property tax.

Santiago Betancourt, metropolitan tax director, said there is no regulation that prevents the setting of the value for the sale of a property is less than the appraisal. However, the calculation of the taxes to be paid for the transfer of ownership (sale of a property) takes into account the higher value between the appraisal and the price at which it is actually sold. According to Sergio Garnica, independent councilor and president of the Land Use Commission of the Metropolitan Council, there is no provision that limits the price at which a transaction is fixed at the time of selling a property. “This is an agreement between private parties.

However, when notarizing, the maximum value is established between the sale price and the cadastral appraisal for the purpose of collecting taxes, “he said. This is established by the Organic Code of Territorial Organization (Cootad). In its article 532 where it talks about the determination of the tax base and the taxed amount, it says: “the basis of the tax will be the contractual value, if this is less than the appraisal of the property registered in the cadastre, the latter will govern”.

According to Jaime Rumbea, spokesman of the Association of Real Estate Developers of Ecuador, the establishment of taxes as the property based on the new appraisals will make the access and maintenance of the houses more expensive.

Rumbea indicated that, currently, a person interested in buying a home pays close to 12 taxes. “Each increase in taxes increases the barriers to accessing a home of their own. In addition, these increases affect maintaining a home, “he said. Regarding the offer from the real estate developers, Rumbea said that a real estate project takes, at least, three years to complete the sale. During that time, it is the developer who assumes the cost of the taxes to be paid. If these rise, the price at which the project was sold will also rise.

Mónica Heller is president of the MHeller Group, a real estate consultancy. During December 2017, it completed the sale of three apartments in La Carolina, in the north of Quito. With the new appraisal, the properties sold cannot be registered in the Property Registry of the Municipality because the law prevents this process if the value at which it was sold is less than the appraisal after the revaluation. “In my case, the current appraisal is between 30 and 40% more than the actual cost at which the departments were sold and cannot be registered,” he said.

For Heller, not complying with the property registry also generates another problem: “Not having the registry prevents, for example, the disbursement of money from mortgage loans,” he said.

For Alberto Andino, promoter of real estate projects and former president of the College of Architects of Pichincha, the high costs in which the land is valued will affect the disincentive of the construction sector. “If a person has the money or access to a loan and wants to specify the purchase of a property or land and the appraisal went up, the owner will obviously set a new price based on what the Municipality says,” he said.

For Andino, the way in which the new valuation is calculated is incorrect. “What has been done is to ask how much the property is traded to establish the new value,” he said. However, the Municipality explained that for the land revalorization process it was based on the collection of information on domain transfers, the field view and the cross-referencing of information with the owners of the properties.

Other problems For Heller, fixing an appraisal based on the average purchase price in a sector does not take into account that not all the properties have the same level of finish or the same length of time. Heller also mentioned that the appraisal is considered for other taxes. “The 1.5×1000 of the estate tax will rise with the new valuation,” he said. The insurance premiums would go up for this real estate developer. This is because for the contracting of insurance the value of the current valuation must be recorded. (I)

Three projects for the center to recover its brightness