Doubts. The return of the left in Argentina with a visible figure of 21st century socialism, such as Cristina Fernández in the Vice Presidency of that country, suggests whether this victory means a push to that trend in the region, and especially to Ecuadorians , who are just over a year from electing a new president. 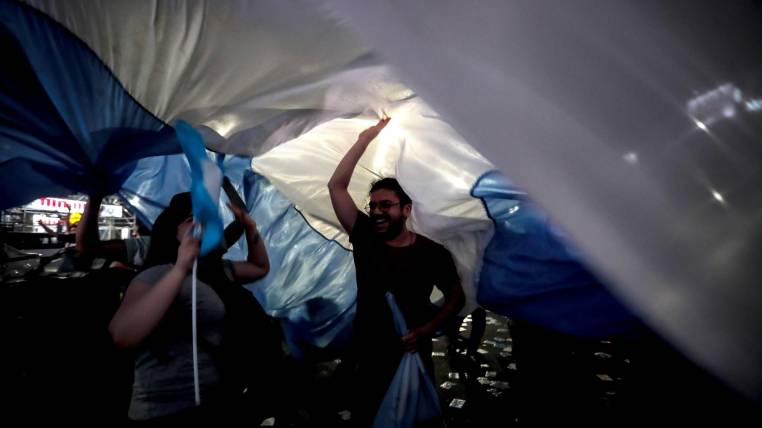 Leandro Querido, Argentine political scientist at the University of Buenos Aires, believes that the triumph of Alberto Fernández as successor to Mauricio Macri hardly represents a return of the trend to the region. On the contrary, he considers that the economic crisis that several countries in the region are going through is not the best scenario for repositioning that trend, neither in Ecuador nor in Argentina nor in any country in the region. “Authoritarian populisms continue with their vocation of power, but there is no room for anti-capitalist projects in the region. That is why I say that the honeymoon of Kirchnerism in Argentina will be very short, because if Alberto Fernández is guided by Cristina (Fernández), I don’t think he will do very well. ”

In Ecuador you want to repeat the Argentine recipe. Given the legal impediment of re-leading a presidential binomial, former President Rafael Correa has expressed interest in running for the Vice Presidency in 2021, just like Cristina Fernández in Argentina. The political analyst, Santiago Basabe, sees this option as unlikely given the series of trials against the former president, of preventive detention orders that must be executed in case he returns to Ecuador, and for another additional factor. “Beyond him (Correa) I don’t see any figure of what was the PAIS Alliance that has a real chance of winning a presidential process. Candidates may have, but from there to having presidential options is difficult. ”

Countering an Argentine scenario in Ecuador, for the also political analyst, Francisco Jiménez, depends largely on the ability of political actors to understand the current moment and be able to agree at least in general terms on how the country. In addition, that the Government convene a large national agreement with all political actors without discrimination, draw up an agenda with defined objectives. “If each one walks by his side according to his own, although legitimate, political agenda for the next elections, I think we will be contributing to any person coming to propose his candidacy and can do more harm than good to the country” .

The violent events and the manifestations of the last weeks in Ecuador and Chile, added to the return of Peronism in Argentina (more on page 24), in Jiménez’s opinion, is a strong call of attention of the population on the existence of a “ social fracture. “ That is to say, fundamental problems in the economies, in the political systems and a feeling of lack of citizen representation on their politicians which, in their opinion, can be a breeding ground so that “any fisherman with a scrambled river could come to position himself with messianic speeches ”. “The great lesson rather than the return of a certain socialism is that people are not satisfied and they are very upset at the type of democratic representation we have now. The political actors have to give solutions to those problems. ”