The arrival of foreigners to Ecuador between January and November of this year increased by 4 percent compared to 2018, when the income of 1,326,559 people was counted, the Ministry of Tourism reported , this Monday, December 23, 2019. 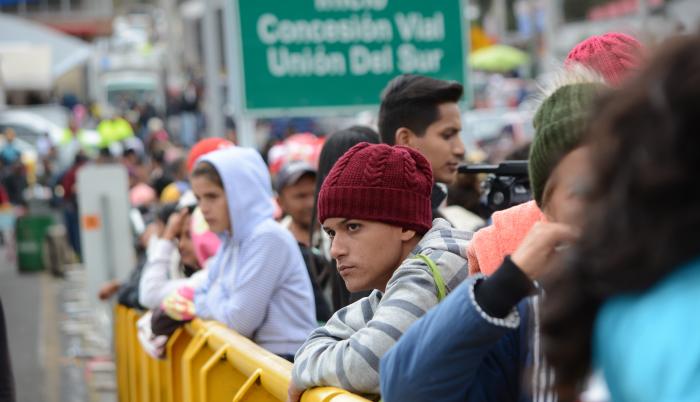 The figures change when an assessment is made of the “total foreigners” arrival, including the arrival of Venezuelan citizens.

According to statistics revealed today by the Ministry of Tourism, between January and November 2018, 884,699 Venezuelans arrived in Ecuador, while in that period of this year, when immigration requirements were imposed, 489,641 citizens of that nationality have arrived.

The Ministry of Tourism plans to advance its promotion of tourism in the local and international markets with programs such as ‘Magical Towns’, ‘Experiential Ecuador’ and ‘Tourism for all’, among others.

It also plans to host the International Conference of the World Tourism Organization , on an undisclosed date of the second half of next year, a meeting in which the Ministry wants to position the country as an “accessible destination.”

The Ministry has budgeted an investment of seven million dollars for national and international tourism promotion through tourism fairs, familiarization trips with tour operators and specialized press, business conferences and local campaigns and abroad.

By 2021, the Ministry of Tourism estimates the arrival of 2,027,620 foreign travelers, with the consequent increase in income for the country.

The Ministry has developed a 2030 National Tourism Plan , which will be the instrument that guides public, private, community and academic efforts for tourism development in the country in the next decade.

The aforementioned Plan reflects the firm’s decision to turn Ecuador into “a reference tourist destination that promotes a model based on competitiveness, innovation and collaborative governance,” says the Ministry.