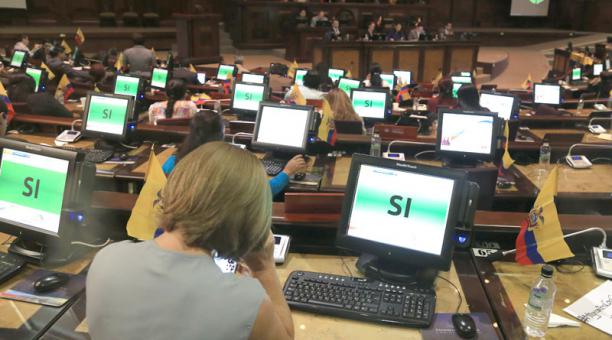 With 79 votes, 27 against and one abstention, the National Assembly passed last night, in a second debate, the bill to Prevent Speculation on Land Value and Taxation, better known as the Capital Gains Law.
The text will return to the National Executive Branch for the respective veto or total approval of the president.

The rapporteur, Assemblyman Richard Calderón (AP), began the session by highlighting the objectives of the initiative: to combat speculation, to facilitate access to housing and to open the State intervention space in a market with many imbalances, a thesis that was defended by his peers Virgilio Hernández and Gilberto Guamangate.

However, the opposition warned of the inconvenience of the bill. René Yandún (Democratic Integration of Carchi) lamented “the tremendous confusion this law has brought us” and the “incomprehensible insistence” of the government to put it into effect.
Luis Fernando Torres (Cambio-PSC) recalled that the section that benefits mining companies with exemptions not only has nothing to do with the spirit of the law raised but is unconstitutional, an observation that was even shared by part of the Assembly members of the ruling coalition like Rosana Alvarado, Alexandra Ocles, and Liliana Guzmán.