The State Attorney General’s Office (PGE) ratified the embargo on the assets of the former Vice President of the Republic, Jorge Glas , after the request of the wife of the former second president to lift the prohibition on disposing of assets. The contested properties are in Atacames, province of Esmeraldas. 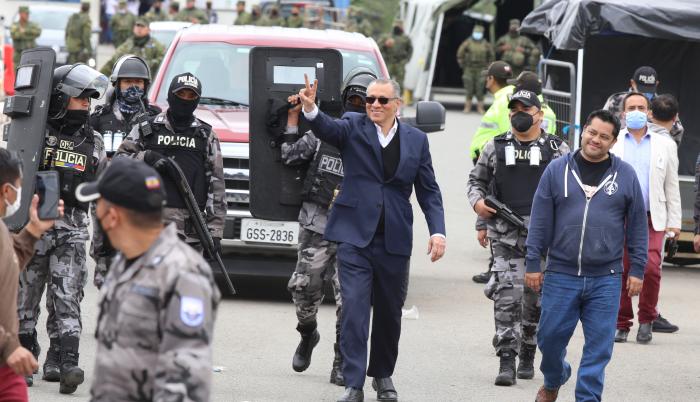 On April 12, Glas was released from the Latacunga prison after being granted habeas corpus.

“The embargo must be executed to partially cover the amount set in the sentence,” says the PGE statement and recalls that this action is part of the comprehensive reparation to the Ecuadorian State for the Odebrecht case . It refers to the $7.5 million that the court ordered Jorge Glas to repay to the State for the aforementioned corruption case where there were seven more sentenced.

The assets in dispute are an apartment (A10), a warehouse (No. 115) and a parking lot (No. 126) located in the Huertos Familiares urbanization in Atacames, province of Esmeraldas . In addition, the Attorney General’s Office indicates that “Jorge Glas Espinel and his spouse maintain a lifetime usufruct right.”

Likewise, the PGE stressed that “it will not cease in its work to enforce the provisions of the sentences issued by the competent judges .” However, since 2017 none of those sentenced has paid what corresponds to them.

THE REQUEST OF THE WIFE OF JORGE GLAS

On April 20, 2022, the spouse of the exvicepresidnete, Cinthia Diaz Aveiga , asked the  Court of implementation of the National Court to lift the ban with the three property located in Esmeraldas.

However, the judge of the Court,  Byron Guillén , forwarded the request to the Attorney General’s Office and the Public Prosecutor’s Office so that they may issue their criteria prior to resolving the request. For this, Guillén gave a period of five days.