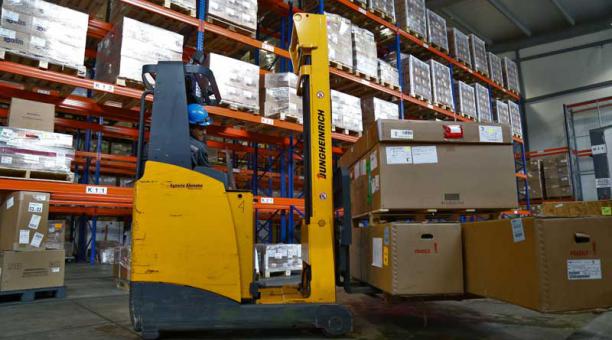 President Lenin Moreno finishes his first year of government without an economic plan in march and without a clear economic policy. When he began his mandate he offered to turn the private sector into the engine of the economy, but in practice the private sector has not yet taken the post.

The announcements to reduce public spending and incentives for the productive sector have not been fulfilled. Although the withdrawal of the safeguards and the reduction of two points of VAT were measures that generated positive expectations, in November 2017 a customs control rate was approved that generated discomfort in the business sector, which saw it as a tribute to the importer companies.

Meanwhile, the growth of the economy continued to depend largely on public spending, which has not stopped growing. Although public investment fell, one of the expenses with the greatest weight in the budget, that of salaries, has grown.

In April 2018, the State spent USD 2,911 million more in salaries than April 2017. This is despite the fact that Moreno issued a decree of austerity for the public sector last September. The level of expenditure has not allowed to close the fiscal gap, which forced the Government to continue increasing the debt.

In the first eight months of its administration, the country contracted debt for USD 7.5 billion, through sovereign bonds. The previous Regime placed a similar amount in bonds, but did so over three years and five months.

For Walter Spurrier, director of Weekly Analysis, Moreno’s fiscal management is a continuation of his predecessor. The problem, he adds, is that Moreno began his administration with an economic front made up of former officials of the previous regime. Although Moreno began by stating that Rafael Correa did not leave the “table served”, Patricio Rivera, who had been minister of the former presidents Economic Policy coordinator, was his advisor and delegate to the Debt and Finance Committee until November 2017.

In addition, Carlos de la Torre, whom he named his first Finance Minister, was an advisor in the previous government. In March 2018, when De la Torre submitted his resignation, Moreno replaced him with María Elsa Viteri, who had already been Finance Minister in Correa’s first term.

Marco Flores, spokesman for the Forum of Economy and Finance, said that this also became an obstacle to put into practice the approaches of the private sector in the dialogues that the Government undertook within the framework of the Consultative and Productive Council. “The government prioritized changes in the political and not in the economic, let a year pass, it was a lost year,” he said.

During the three months that the Consultative Council lasted, the economic front of Moreno met with the leaders of the main business associations to collect their proposals and elaborate what would be the first economic law of the Government. The business sector presented 139 proposals, but when the Executive approved the law, the representatives of the companies saw that they were not included.

For Patricio Alarcón, president of the Chamber of Commerce of Quito, the Government did not accept “10% of its proposals”. With this scenario, the appointment of a former union leader as head of Finance, two weeks ago, put on the table again the intention that the private sector is the engine of the economy.

On the day of his possession, on May 16, Richard Martinez said he will pick up Moreno’s will to “restore the protagonism and productivity to the private sector.” Now it is urgent that the discourse becomes a practice, because the State cannot continue borrowing to boost growth, said Santiago García, an economics professor at the Central University.