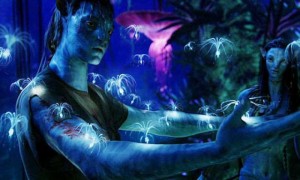 We’ll be able to see Pandora again by the end of 2014; filmmaker James Cameron will begin working on the script of the second part of the Avatar saga, which will also premiere its third part in 2015 Christmas.

This Wednesday, Cameron signed a contract with 20th Century Fox to shoot the second and third part of the sci-fi film, the production will begin at the end of next year.

“I’m so excited about going back to Pandora, a world where imagination has no limits,” said the best movie and best direction—Titanic—Oscar winner. “It’s a great opportunity when a director is able to build a fantasy world and watches it grow with the resources of a global media company,” said Cameron in a statement.

Information about the budget of the two movies remains unknown, there are no details about “Avatar 2” plot, however, the director said it will take him almost as long as the first film took him.

Katy and Russell Got Married

Take That on Tour with Robbie