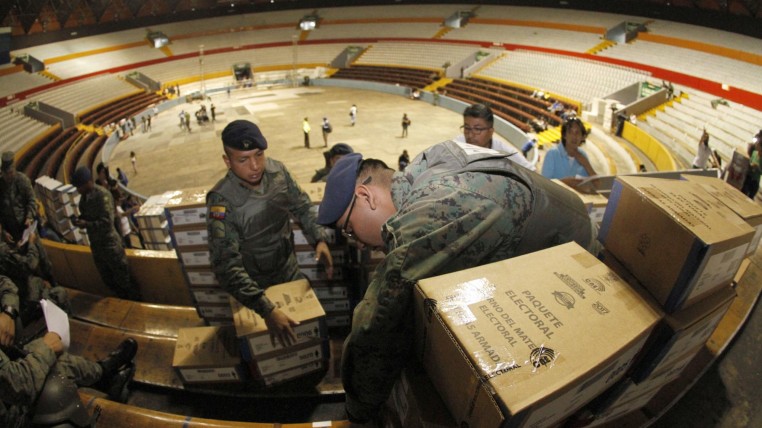 Sunday 16 the ballot boxes arrived at the General Rumiñahui Coliseum, in Quito, to be counted tomorrow by the National Electoral Council.

This operation began at 06:00 Sunday and four hours later the first ballot boxes arrived from Imbabura and Chimborazo. Every truck carrying these boxes is guarded by one officer and six soldiers of the Army.

“Operational Command No. 4 is taken over by the Rumiñahui Coliseum. They are approximately 300 soldiers and soldiers coming from the provinces remain here, until Tuesday. They guard the material assigned to them,” said Lt. Col. Vinicio Jimenez, chief of custody operations.
In total, 3,865 vote tally sheets were objected by the CREO-SUMA alliance and Alianza PAIS, which had to arrive until yesterday night to Quito. The last boxes to be expected after 20:00, were those from Guayas and Zamora Chinchipe.

4pelagatos: Is toilet paper a wellness indicator for Moreno?

The CNE expects to conclude today the recount of the votes