The banana sector was never as good as now 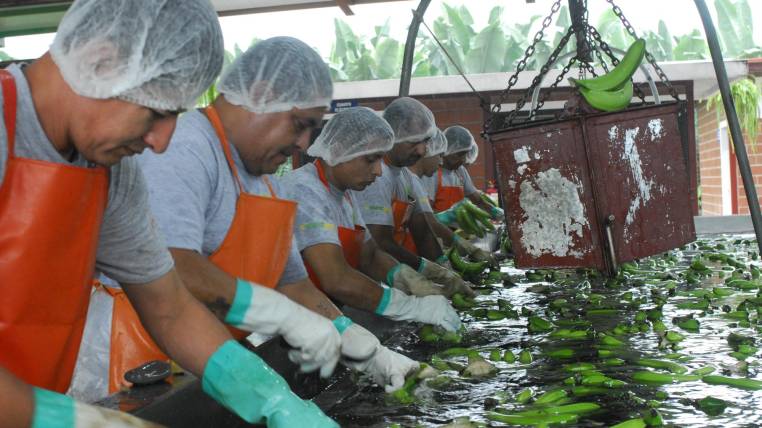 The second most important product in the country after oil is so good that banana growers earn twice as much as they invest. Who marked the 13 dollars that today are paid for the fruit box of up to 43 pounds was the multinational Chiquita, who warned its customers in Europe and the United States of the problems it has with its Central American suppliers.

Newspaper EXPRESO agreed to a letter from Jamie Postell, sales director of Chiquita for North America: “Temperatures have dropped to 10 ° below normal for several weeks in Guatemala, Honduras and Mexico, slowing down growth, production and performance of the banana Rains and excessive flooding in Costa Rica and Panama have damaged plantations, infrastructure, roads and bridges, while strong winds have caused delays in shipping.”

Something similar communicates to his clients Emanuel Lazopoulos, senior vice president of sales at Del Monte Fresh Produce. This situation marks another status for banana producers and has led to an extension of current contracts between exporters and producers.

These expired on December 31 of last year, but the Ministry of Agriculture, in this situation, extended them until February 15, 2018. “Nobody wants to sign contracts at such high prices,” says one exporter to this newspaper. The official price is $ 6.26 per box and production costs fluctuate between $ 5.40 and $ 4.50. Del Monte Fresh Produce NA is committed to consistently delivering the highest quality fruits and vegetables throughout the year, the letter says.

“In recent years, we have encountered several natural phenomena that have had a direct impact on our banana supplies and have also affected our ship schedules.”

And all the multinationals come to Ecuador more than usual. The benevolent rains and the radiant sun are the best conditions to produce banana. And that is what happens today. Approximately 6,000 contracts should have been signed in the country, but only less than 1,000 have been extended, officials confirmed.

The important thing about this situation, which could last beyond week 17, is that these surpluses are invested. Some are even sowing with approvals that they never used. Each new hectare incorporates a person to the field and those planted increase their productivity and, therefore, the purchase of more inputs and machinery, promoting employment in industries such as cardboard, plastic, hoses, agrochemicals, aerial fumigation. It is money “in the vein” of the rural sector of Los Ríos, El Oro and Guayas mainly. (I)

Report detects “unusual and unjustified” operations of the Alvarado brothers