The campaign for the no got viral with fights 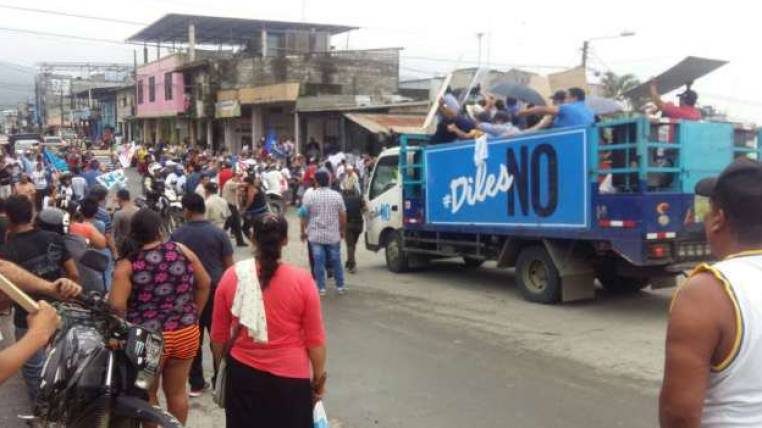 The sympathizers for the Yes and the No, as options for the Popular Consultation are increasingly polarized. Rafael Correa leads the campaign for the No and Lenin Moreno supports the Yes.

Former President Correa is the one who has been in constant tours and not in all the cantons the reception has been adequate. The last thing that has become known in social networks is its arrival in Vinces (Los Ríos).

The caravan seems to be going well until a house with a balcony throws what apparently could be eggs.

The person filming the video says at once: ” those spoiled in that house, the people respond, the police will go up.” Finally the police are not the ones who enter but caravan escorts for the No, around 20 people, who mix with the owners who try to evict them from the house.

The insults continue and one of the owners of the house is heard saying: “He is going to put me in jail?, he is no longer President”. The police have to intervene, remove the strangers from that house and prevent the blows in the street continue.

By way of defense, those who support Correa have compiled a video of their truck trips with all the aggressions they have received.

One of the users of Twitter presented this summary assuring that: “the examples of” rejection “to @MashiRafael are as real as the knowledge of Quantum Physics of Moreno”. (I)