The Canary Islands attack the agreement with the EU 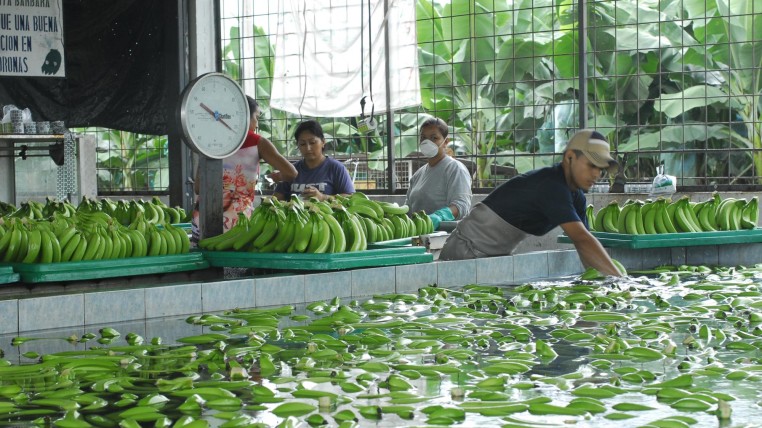 In 2017, when Ecuador’s accession to the Multiparty Agreement enters into force, the country’s fruit will enter the European continent with an initial discount of $ 0.50 per box, which terrifies banana farmers of the Canary Islands, whose product has high costs and who apparently fear to compete. A decade ago it was Ecuador that brought the EU within the World Trade Organization for the quotas and tariffs imposed on Latin American bananas, the same that resolved in favor of Ecuador.
According to European producers, bananas will be one of the main beneficiaries of this agreement. Ecuador is the world’s largest exporter with 5 million tonnes per year, “which means an indiscriminate export volume capacity, which goes against the principles of protection of European production.”
The Canaries insist that: “This agreement favors the large international multinationals that exploit the productions of countries like Ecuador, Colombia, Peru, Costa Rica and other Central American countries, to increase their exports to Europe thanks to the commercial benefits of tariff agreements with the EU. “
In four years since the agreement has been in force, the tariff for Ecuador will fall from 104 to 75 euros per ton. There will be a stabilization mechanism that would be activated when the shipping volumes are exceeded. That is, Europe will value the suspension of preferences if the established annual threshold is reached.

The Association warns that such stabilization and control mechanisms have already proven to be inefficient for monitoring compliance with import volumes and EU standards, “while ignoring what actual monitoring of labor and environmental conditions Is being carried out by the Community institutions.”