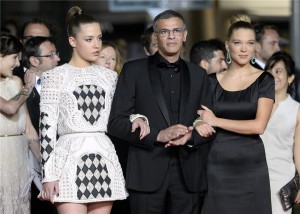 Movie projections every two hours in large and small theaters, from the morning until past midnight, fun in nightclubs and restaurants, not to mention the luxury hotels located in the mountains surrounding the city, this is the atmosphere that prevails in Cannes until May 25, the day the Film Feastival is celebrated.

This year is characterized by the limited presence of Latin American cinema, where Ecuador has the participation of Maria Jose Martinez, designated as part of the Ecumenical Jury of Cannes, by postulation of Signis (Catholic Association for Communication) and an Ecuadorian delegation.