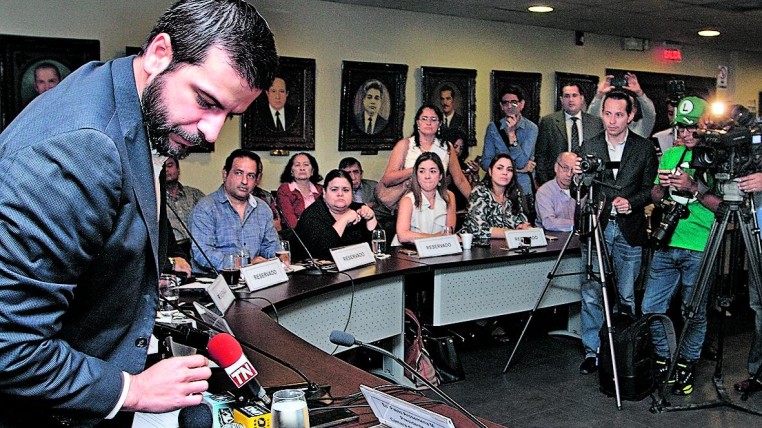 The Chamber of Commerce of Guayaquil expressed its rejection to the creation of an armed civil guard for the protection of authorities and state agencies.

Pablo Arosemena, the leader of the guild, raises concern about the true objective and future of this armed group that, in the worst case scenario could become a paramilitary force. But when does trade come into play? “Without human rights, there is no trade. Without basic freedoms, countries can not develop,” he says energetically.

The argument of Arosemena was complemented by that of the president of the Bar Association of Pichincha Ramiro Garcia on the legal aspect of this legislation. He cited Section 158 of the Constitution that proclaims the Armed Forces and the National Police as the only institutions for the protection of the rights, freedoms, and guarantees of the citizens. “This is a turning point in human rights in Ecuador. We have gone a step further. This is a paramilitary group. That is serious.”

Arosemena and Garcia do not have much hope that President Correa, the proponent of the Code, completely vetoes his own creation. They envisage two exits: that the new Government proposes a reform of the Code, otherwise, they will raise a claim of unconstitutionality before the Constitutional Court.