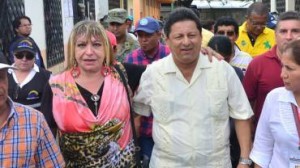 Cirilo Gonzales, candidate for re-election to the mayoralty of Balzar by the Partido Roldosista Ecuatoriano (PRE), won the elections that were held on Sunday in that canton.

According to data of the National Electoral Council (CNE), Gonzales achieved a 36% of the votes (11.059). While Álex Zambrano, aspiring Alliance PSC-Madera de Guerrero, took the second place with 32.51% (9.987).

The representative of Alianza País (AP), Jesús Párraga, was in third place with 27.96% of the elections, equivalent to 8.588 votes.

In this canton, the Electoral cContentious Tribunal (TCE) available a new process after cancel the vote on February 23 only for the dignity of Mayor, after the pro-Government candidate to this position, denouncing alleged handling of records.