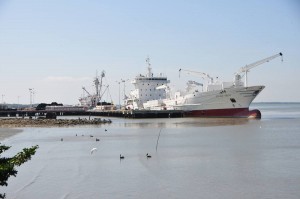 The Minister of Transport and Public Works (MTOP), Paola Carvajal, said by late December the company that will build the new deepwater port in Posorja (Guayaquil), will be announced. She added that so far there are four international companies interested.

Carvajal, said that the new port will not affect either the private concession, in charge of Contecon. “Just this one (the Posorja), will be a new port to carry new loads; and exporters also have the opportunity to decide who to work with”.

The official spoke on this project after inaugurating yesterday the Expoconference 2014, organized by the Ecuadorian-German Chamber of Industry and Commerce, where she stressed that at the moment the investments for the project are analyzed.