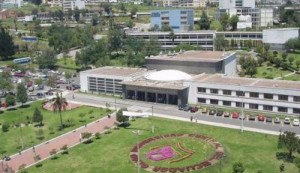 The Central University of Ecuador decided not to renew the contracts of at least 350 administrative employees, due to problems in its budget, which depends on the Government.

On January 4, the Department of Human Resources announced through the Circular Letter 0003 DTH, published on the website of the institution, that it was “prohibited the renewal of contracts for occasional services at the administrative level, due to economic constraints, established in the general budget for 2016.”

The communiqué also ensures that employers whose contract ended last December 31 “shall not continue working.”

The news came as a surprise to the administrative staff, including secretaries, laboratory assistants, financial assistants, among others, reported Lady Romo, one of the affected.

Layoffs, the saddest part of the revenue crisis

Food and beverages affected by inflation in Ecuador