The corridors of drug 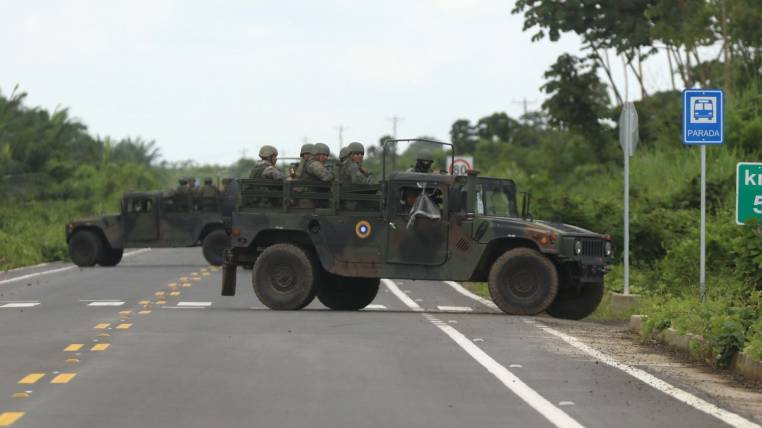 At least eight roads, through which serpentine rivers and mountains pass, are the most used by drug traffickers in the border area of Ecuador with Colombia, for in the first leg, stock up on chemical precursors, weapons and ammunition, and on return, Take the drug to the Ecuadorian coast.

All these road sections lead to the main roads that, from Sucumbíos, Carchi and Esmeraldas, reach the provinces with direct access to the sea: Esmeraldas, Manabí, Santa Elena and Guayas. From there they leave for Mexico and the United States by plane, light aircraft, merchant ships, fishing boats or speedboats.

Agents of police and military intelligence, working to discover the strategies of camouflage and transportation of the drug along the more than 600 kilometers of the northern border, have managed to establish the eight main border corridors, through which the alkaloid. Most of them are secondary roads, in very bad conditions, for which agricultural products are taken, which have become the perfect camouflage of drug trafficking, especially at night, to the collection sites that are farms in remote areas.

“There are so many clandestine steps between Ecuador and Colombia, from Esmeraldas to Sucumbíos, that it is easier to take kilos of cocaine than the same agricultural products. The villagers collaborate with the narcos, “said an agent to this newspaper.

The increase of the controls in Esmeraldas in the last three months, especially in the Mataje – San Lorenzo – Esmeraldas highway, have forced a rearrangement of the corridors towards the East, where the roads of the province of Carchi have become a key piece, for the ease of passing from one side to another by informal steps, which communicate with the Colombian department of Nariño, through improvised pedestrian bridges over the Mira and San Juan rivers.

In this chain of traffic, the Chical-San Juan de Lachas highway, improved in 2013 that connects from the border line to Imbabura, with the Ibarra-San Lorenzo highway, has become a key for the cartels because of the little control that it is done to trucks loaded with agricultural products.

As in the Mataje sector, in Esmeraldas, Chical and Maldonado there are no roads that link Ecuador with Colombia. For this reason, the transfer chain begins in the jungle of the Colombian departments of Putumayo and Nariño. It is a territory that the dissidents of the FARC know perfectly, among them the Ecuadorian Walter Patricio Arízala Vernaza, alias ‘Guacho‘, who leads the self-proclaimed front Sinisterra Oliver, according to the Colombian military, composed of about a hundred ex-guerrillas of the FARC that integrated, among other fronts, the column Daniel Aldana.

But the criminal gang of ‘Guacho’, the armed wing of the Sinaloa cartel, is not the only one who, according to intelligence reports, takes drugs from Nariño to the Ecuadorian coast. In the dispute over the territory and the corridors, there are two other criminal gangs: the Rastrojos and the Urabeños, who fight for control of the exit routes from the Colombian side.

According to the Colombian Coast Guard, between 250 and 300 tons of drugs per year move through that territory. In Ecuador, there is no estimated figure of how much is transported through these corridors, but the statistics for 2017 were more than 100 tons confiscated at the national level. The alkaloid, from the Ecuadorian side, comes from Llorente, San Carlos, Susube, Tallambí, Mayasquer, all Colombian populations, located in the south of the department of Nariño.

The mangrove area of San Lorenzo is, for years, the perfect hiding place for narcotics. It is a tangle of sea branches and islets.

Colombian reports point out that a large part of the drug that is refined in the laboratories of Tumaco, goes through the corridors towards the Ecuadorian coast.

According to military reports, the transportation of the drug from the southern zone of Tumaco to Ecuadorian territory is done by sea, at night to evade military control.

To the dispute for the corridors of Nariño towards Ecuador, between the narcocriminal bands Los Rastrojos and Los Urabeños is now the Oliver Sinisterra group that leads ‘Guacho’. (I)

‘Heavy clouds’ on the Participation Council