The cost of credit for microenterprises fell since february 2018 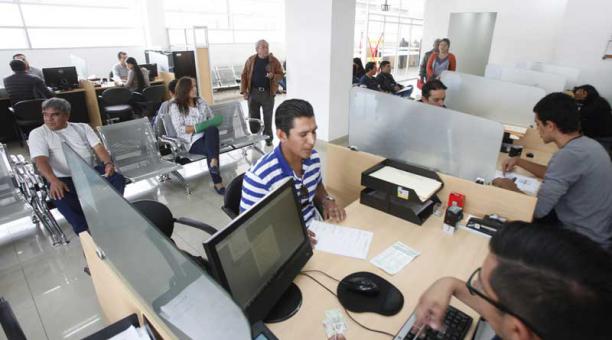 Customers seeking access to microcredit in private and public banks and in a segment of the Popular and Solidarity Economy (EPS) will pay lower interest rates in 2018. The Monetary and Financial Regulation Board reduced by two percentage points, via resolution, the maximum interest rates for the three current microcredit segments. The measure applies from Thursday, February 1.

These rates have not changed since May 2010. The gross portfolio or balance of microcredits granted by private banks closed last year at USD 1 588 million, according to data from the Superintendency of Banks.

The amount represents 7.8% of the total portfolio of the private financial sector. For Julio José Prado, president of the Association of Private Banks (Asobanca), this measure will lead to a contraction in this segment. The argument is that it will be less profitable for banks to grant these loans that are high risk. “The interest rate of microcredits, in some cases, does not cover the risk incurred by the bank when granting these loans.

There are banks with a social vision that even deliver them incurring losses, “Prado said Thursday as part of the Digital Bank digital banking event. The microcredit is given to natural or legal persons with annual sales less than or equal to USD 100 000, or a group of borrowers seeking to finance a productive activity.

With the reduction of the two points, interest rates for microcredit now range between 23.5% and 28.5%. The only entities where the reduction of fees does not apply are the cooperatives that are part of the Popular and Solidarity Economy, which have assets of less than USD 80 million. In 2017, the microcredit grew 7% in relation to the previous year, according to data from the Superintendency of Banks.

Wilson Vera, delegate of the President to the Board of Regulation, explained that the measure was taken in response to requirements of the microenterprise sector and that were raised last year, within the dialogues of the Consultative Council. Entrepreneurs in this segment called for lower interest rates and greater access to credit, he said. According to Vera, the reduction in the cost of financing will make more people with fewer resources look for formal financing channels.

“The decision was made after making a technical study, with the aim of reactivating especially the retail microcredit sector, which has been experiencing a contraction of between 12 and 13% between 2016 and 2017,” he added. According to the resolution numbered 437-2018F, on December 18, 2017, the Central Bank sent the adjustment proposal to the Board. It was approved on January 26 of this year.

Ángelo Caputi, CEO of Banco Guayaquil, said that with higher rates, banks can assume more risk and contract higher levels of past due loans. With the decline, the sector will assume fewer risks.

Clients from the lowest part of the pyramid could fall into the “chulco”, given the lack of access to the formal sector. In this entity, the microcredit represents 10% of the loan portfolio, which was the one that grew the most in 2017, in relation to the previous year.

At Banco Pichincha, microcredit represents 15% of the portfolio. Ignacio Maldonado executive vice president, expects to remain at the same level. “The problem is that delivery can no longer be doubled or tripled with this measure,” he said. What makes the microcredit more expensive is the operative part.

An agent of the bank has to travel to rural areas most times and do consulting. That represents a higher cost compared to credit for large companies, says Prado. And that work is to ensure that the money is used for productive purposes and that the client does not default. The businessman José Luis Quintero believes that a reduction in interest rates will increase the demand for credits.

He says that in October he began the process to get a loan for his Gourmet Andino business. This venture had to comply with evaluations, interviews and advice from the financial institution. Now it is in the final phase for the credit rating of USD 20 000.

Interest rates for the microcredit segment had not been adjusted since 2010. On December 18, the Central Bank of Ecuador submitted a proposal for change and the Board of Regulation approved the measure on January 26. (I)