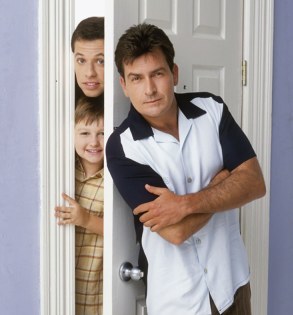 The eighth season of the comedy Two And A Half Men–transmitted by Warner in Latin America–was cancelled due to personal problems of its controversial protagonist, Charlie Sheen.

CBS and Warner Bros. TV Channels informed through a statement, the decision to stop the filming of the show temporarily after Sheen publicly insulted Chuck Lorre, creator of the series.

“Based on all statements of Charlie Sheen, his conduct and his state of health, CBS and Warner Bros. Television have decided to stop the production of the series for the rest of the season,” explained the two companies.

After several days of partying with exorbitant amounts of drugs and alcohol at Sheen’s home, the 45-year-old actor was rushed to the Cedars-Sinai hospital in Los Angeles. Recordings of the show were expected to resume after Sheen’s, but instead of that, he decided to address Lorre aggressively in an interview on U.S. public radio.

“I was told that if  I continued with the attacks, they  would cancel the show, so I’m trying to figure out if what they say is true,” Sheen told the radio anchor, Alex Jones.

“Watch that audience guys, watch your stupid audience. Do what you have to do, I’ll make films with big stars and I won’t work with idiots,” he added.