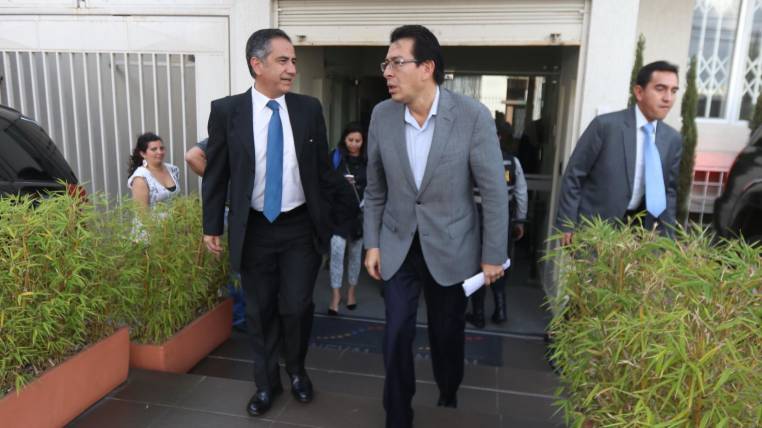 The change of the educational model that governed the country during the last decade is changing little by little. The decision has been taken from several sides by the government authorities, that is, from basic general education to higher education. As a result of this, a disassembly of the correísta model is evident.

The Ministry of Education carries out the evaluations to teachers and students with different visions to those that were established. Now teachers must be evaluated psychologically to be hired, due to the more than 700 cases of sexual abuse in the education system that have been reported in the Office of the Prosecutor.

In addition, he has carried out a work with the Department of Student Counseling (DECE), which is responsible for the comprehensive care of students. Its purpose is to provide support and psychological, psychoeducational, emotional and social support, in accordance with the current legal framework.

However, one of the topics on which more work has been done is to find a better entry system for public universities. The new authorities of the sector raised several changes to the Organic Law of Higher Education (LOES), which will come into force in the coming days once the Assembly processed the partial veto of the Executive. The regulations were sent to the Official Registry for publication.

The changes begin with the Test Be Bachiller, which the students of the third year of the baccalaureate meet for admission to higher education. With the reforms, other criteria to access the university will be taken into account. The academic record of the bachelor and his social, economic and territorial situation will be added. Aspects that will be considered in the exam to be completed in the Costa system at the end of the current school year.

This has also given impetus to intercultural bilingual education. For the representative of the Social Contract for Education, Milton Luna, this issue is one of the aspects that makes the difference with the previous model, because it is the recognition of diversity, which was previously unobserved.

The changes do not remain there. These also go through the educational infrastructure. It will no longer be a unique model of physical structures for educational units. In this work from the Ministry of Education that hopes to have ready for August.

The Deputy Minister of Educational Management, Mónica Reinoso, told EXPRESO that work is now underway on the theme of “The New School”, a proposal that involves eliminating the unique infrastructure model established by the previous Government.

“We as a Ministry are working on a new school prototype. This new prototype what it marks is: first that it is going to work with own materials of the zone, in the coast it would be with bamboo, bamboo cane, wood, that is to say, materials that are much more friendly with the environment; second that they will be structures that are not going to break with the immediate environment, that is, they will be educational units that are in agreement with the zone where it is built; in third place is that of good environmental practices; and, most important will be the participation processes, which is what is what we have called “The New School”, he said.

This work is also fulfilled by those who are part of the Social Contract for Education, who are putting their proposals on what should be the new education in the country, said Miltón Luna. (I)