The Dukes of Cambridge present their daughter 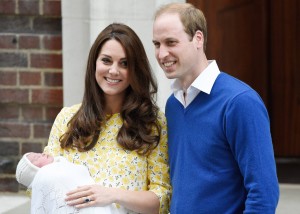 This Saturday, the Dukes of Cambridge, William and Catherine presented their daughter when leaving the Saint Mary hospital. The girl, fourth in line of succession to the British throne, was born hours earlier. This would be the second child of the couple, that married in April 2012.

Her name has not yet been revealed, as in the case of Prince George, born two years ago. Princess of Cambridge is the title of the newborn, who was presented to the world in the arms of her mother, who wore a yellow and white dress. Upon leaving the hospital, the couple headed on a car driven by Prince William to their residence in Kensington Palace.

“La India María” passes away at 74