The Ecuadorian Government will not send another Law of surplus value 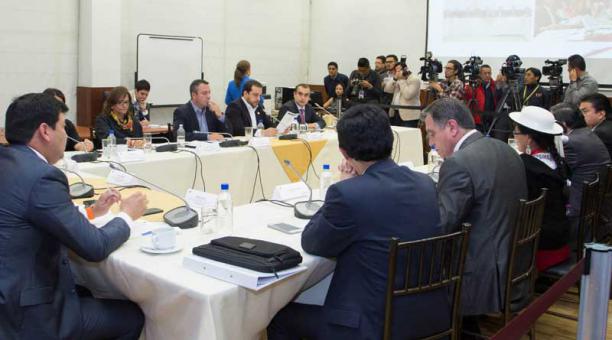 The Government will not propose a new bill or other mechanisms to avoid land speculation. The announcement was made by the Minister of Housing and Urban Development, Adrián Sandoya, in an interview with this newspaper.

In the referendum and popular consultation on February 4, 63% of citizens voted for the repeal of the Organic Law to Avoid Speculation on the Value of Land, also known as the Capital Gains Law, approved in December 2016. Last Friday (February 16), the Executive sent to the Assembly the project to repeal the rule, which is analyzed in a special commission.

On February 6, the Minister of Justice, Rosana Alvarado, reported that the Government was preparing another Law to combat land speculation, in parallel with the repeal of the Goodwill Law.

A possible new regulatory project disturbed the construction sector. Hence, the announcement that there will be no progress in new legal reforms is positive, said Jaime Rumbea, representative of the Association of Real Estate Developers of Housing of Ecuador (Apive).

The president of the Federation of Chambers of Construction, Enrique Pita, said that several regulations are currently in force to control land speculation. These resources are within the Organic Law of Land Use, Land Management and Land Management; the Organic Code of Territorial Organization and the Organic Law for the Efficiency of Public Contracting.

In order to perfect these instruments, the implementation of secondary regulations is precisely being worked on, such as the regulation for the Law of Territorial Organization, approved in May 2016. According to Sandoya, this absence of regulations has created legal gaps.

When the regulation is approved, “the same application and control of land speculation, planning and territorial planning in the municipalities will be implemented to create and generate sustainable cities,” he said.

The official informed that construction guilds and other state entities participated in the elaboration of this secondary regulation. The document was presented yesterday, February 20, 2018, before the Sectoral Council of Habitat and Environment, and then it will be sent to the Presidency.

Another problem for the control of speculation, according to Joan Proaño, general manager of Proaño & Proaño, is that the existing regulations are not applied by the municipal governments. Although in September of last year, the Council of the Municipality of Quito approved an ordinance that regulates the onerous concession of rights in special architectural urban projects (Puae), other local governments do not have this norm.

For laws to meet their objective, Proaño recommended that decentralized autonomous governments be trained on the application of legal tools. After the repeal of the Capital Gains Law, the construction sector, which has been in recession for 27 quarters, expects to resume projects that were paralyzed, which will generate new jobs, said Pita. The Assembly must approve the draft sent by the Executive until April 1, although the document could be processed beforehand, since it only contains one article.

Other current regulations for the control of land speculation

2 x 1,000 annual surcharge on unbuilt urban land that is charged by local governments. Municipal payment of up to 50% value of the property, before and after, for special contribution of improvements.

Payment to the State for public works of up to 50% of the value of the property, for special contribution of improvements.

Municipalities can declare land and development zones and preferential construction to be urbanized.

The appraisal of a property in the area of a public work will be established to avoid overpricing in case of expropriation.

The Assembly approved the Goodwill Law on December 27, 2016. The standard set a 75% tax for the extra profit in the transfer of real estate. In the popular consultation of February 4, the repeal of this norm was approved. (I)

A difficult road for bilateral treaties