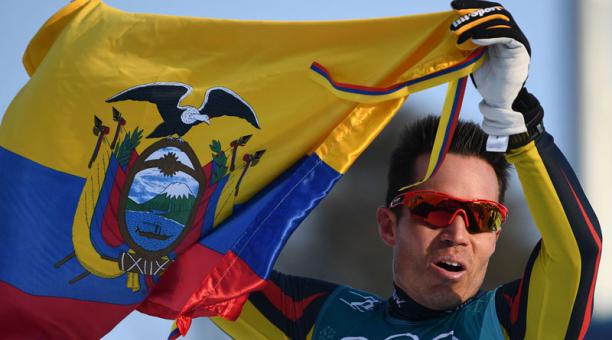 The Ecuadorian athlete Klaus Jungbluth registered on Friday, February 16, 2018, a time of 53: 30.10 to 19:46 minutes of the best record in the competition imposed by the Olympic champion and favorite, the Swiss Dario Cologna in the Cross Country ski discipline (cross-country) 15 km, freestyle, at the Olympic Games in Pyeongchang which started at 3:00 p.m. in South Korea (1:00  Ecuador time).

The Ecuadorian, who became the first tricolor athlete to represent the country in this competition, ranked 112th in the discipline, in a historic debut at the Winter Olympics and achieve a national mark in this discipline. “I am grateful for my country, for those who trusted me. Today I will give everything to leave the name of Ecuador high.” were Jungbluth’s words before the warm-up for his historic debut at the Olympic Games in Pyeongchangy Winter collected by the Twitter account of the Ecuadorian Olympic Committee.

One by one, the 119 registered athletes took the start of the competition at the track of Alpensia Cross-Ctry Center in Pyeongchang. The athlete Michal Novak of the Czech Republic was the first to take the game, while Klaus Jungbluth left at the scheduled time: 01:53 on Friday, February 16. The favorite of this discipline, the Swiss Dario Cologna (68) came out at 01:36 and clocked 33: 43.90. That is, he reduced his previous time registered in the Sochi 2014 Olympic Games in four minutes and won the gold medal. 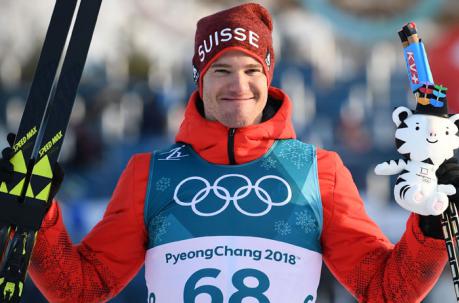 While the Norwegian Simen Hegstad Krueger (60) crossed the finish line by recording 34:02 in the 15 kilometers and won the silver medal. The third classified and competed under the Olympic flag, the Russian Denis Spitsov (48) of 21 years completed the journey of 15 kilometers with a time of 34:06 and was awarded the bronze medal. 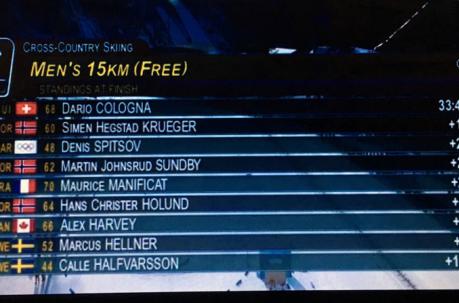 As for Latin American athletes, the Argentine Matias Zuloaga (103) was the best placed in this test, placing in the 100th place when crossing the finish line in 42: 27.50 to 08:43 of the time imposed by the Swiss Cologna.

Aeroméxico will fly with three more frequencies from Quito