The equinoctial archive keeps the musical history of ecuador 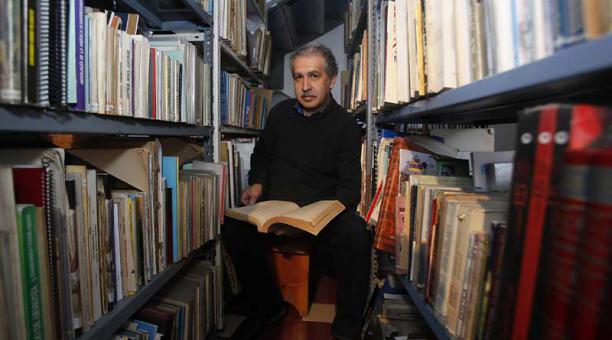 This Friday, at a ceremony to be held at the Contemporary Art Center (CAC), the Ecuadorian composer Mesias Maiguashca will donate a digital file of 20 gigabytes, which includes 50 sound works of his authorship, to the Equinoctial Archive of the Ecuadorian Music.

This memory repository, which is physically located on the ground floor of a house located in Pomasqui and owned by the researcher and music teacher Pablo Guerrero, has 20 thousand documents that tell the story of the work of music in the country since the nineteenth century.

Among the documents that have been accumulating in this archive since the eighties are scores, songs, books, slate discs (also known as rock or coal discs), acetates, cassettes and compact discs of the different sound expressions, among them the of the Montubio people and the Afro people. Among the manuscripts one of the ‘jewels’ is the score of a Guaman, a musical creation made in the first half of the nineteenth century, which combines sounds of religious music of the time, with sound elements of indigenous people.

To these documents are added scores of religious music, popular music, and lounge music such as Fox Incaico, a genre that was born from the mixture between the Anglo-Saxon fox and the musical elements of the Andes.

In Guerrero’s opinion, the existence of these documents helps to understand the different historical processes through which the music made in the country has passed. Among the jewels in this archive is the acetate album Music of the Jivaro of Ecuador, a sound investigation that records rites of the Shuar people; the two thousand discs of slate (each disc has recorded a single song) in which you can listen from yaravíes, sanjuanitos and corridors; and ‘The Song of the Ecuadorian People’ a compilation by Juan León Mera and published in 1892.

In this book a series of couplets of different themes are recorded, among them some judicial ones like this one: For the rich man who steals a lot / There is no law, neither judge nor prison / But if a poor person steals a room / To the panoptic, thief!. (I)

Nathaly’s parents arrive in Peru to help in her search