The exodus of Venezuelans fleeing to Ecuador or Colombia 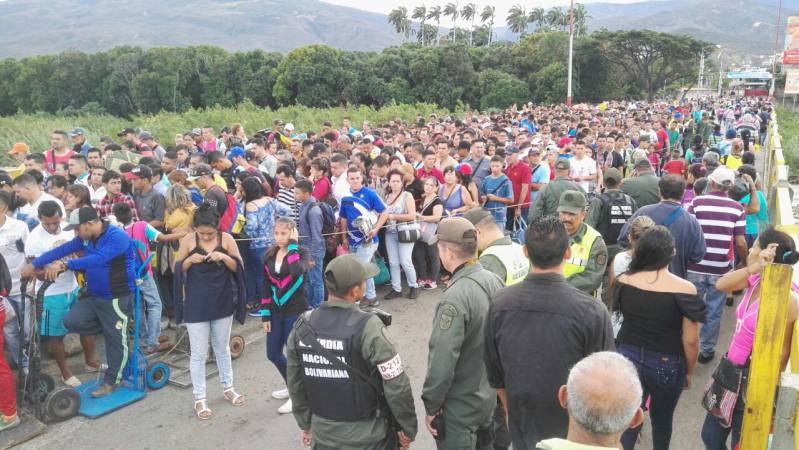 “The only way out is to emigrate,” says a Venezuelan who yesterday crossed the border with Cúcuta to go to Colombia, fleeing from his native Venezuela. The country is sunk in an even more uncertain future by the controversial politics, whose rejection triggered the levels of violence and protests that reach more than a hundred deaths since 1 April.

According to records, more than 23,000 Venezuelans have crossed the Simón Bolívar International Bridge, which connects San Antonio del Táchira with Cúcuta, in Colombia, of which some 3,000 would have sealed their passports, looking for a better future, said Councilman of the Municipality of Bolivar Carlos Chacon to the Daily Diario de Los Andes. (I)