The online census stage is over. For this reason, the National Institute of Statistics and Censuses (INEC) reported that the face-to-face census process will begin from November 7 to December 18, 2022 in the national territory. 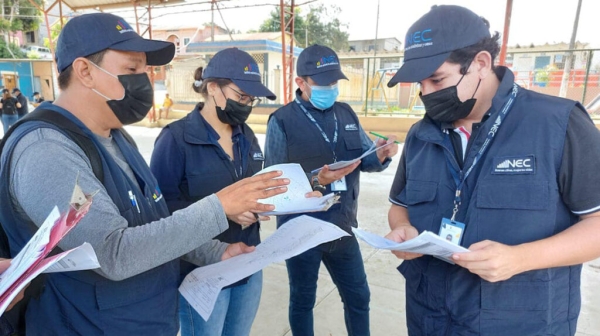 If you did not carry out your census on the INEC digital platform, do not worry. Each census taker is obliged to go through all the homes of Ecuadorian families. The executive director of the INEC, Roberto Castillo, indicated that the census process is not mandatory but it is important, since it will determine information such as: the rate of femicides, levels of chronic child malnutrition, child labor, among others.

If you did the census online, you must present the QR code that appeared at the end of the surveys to the census takers on duty. If you are not at home, leave your certificate with a trusted neighbor.

18,000 census takers will be distributed in Ecuador. Each census taker will survey a thousand inhabitants. So far, 2.3 million people have already registered online. Where, the provinces that registered the largest number of people were Napo, Carchi and Manabí.

How to check at what time the census taker will arrive in the sector where you live?

If you want to know when the census taker will arrive at your home, you should go to the INEC website, where a space will be activated for citizens to confirm the estimated date that the enumerator will arrive. Trained staff will visit each house from 07:00 to 19:00. In addition, the INEC enabled 304 points at the national level called ‘operational headquarters’ in charge of coordinating the logistics of the census.

What to do when the census taker visits your home?

The public entity reported that it is important for citizens to verify the identity of the census taker and answer questions from their door. It is not necessary for the interviewer to enter your home

How to verify the identity of the census taker?

The personnel trained by the INEC will wear vests, caps and an apron with the institution’s logo. In addition, a credential with a logo of the institution. There you can scan and verify if your identity is official. If you have any concerns or complaints, you can call 1800-08-08-08 from Monday to Sunday from 08:00 to 20:00.

The executive director of the INEC, Roberto Castillo, explained that the first results are expected to be released in May 2023. This entity will evaluate whether it is feasible to extend the digital census period once the face-to-face census has ended.