The fattest man in the world dies

On Monday the Mexican Manuel Uribe Garza, considered one of the most obese people in the world, died at the University Hospital of Monterrey at age 48 from heart failure, according to local media reports.

In an interview with CNN in Spanish in 2011, Dr. Silvia Orozco, who attended him, said Uribe suffered by the combination of bad genes predisposed to obesity and poor treatment to tackle the disease.

Uribe also had two tumors in his legs, and his condition worsened after undergoing surgery for inadequate weight loss that left him prostrate in bed forever. 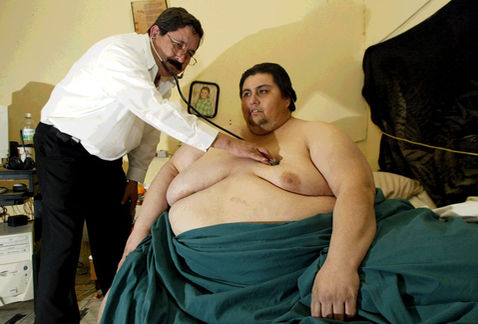