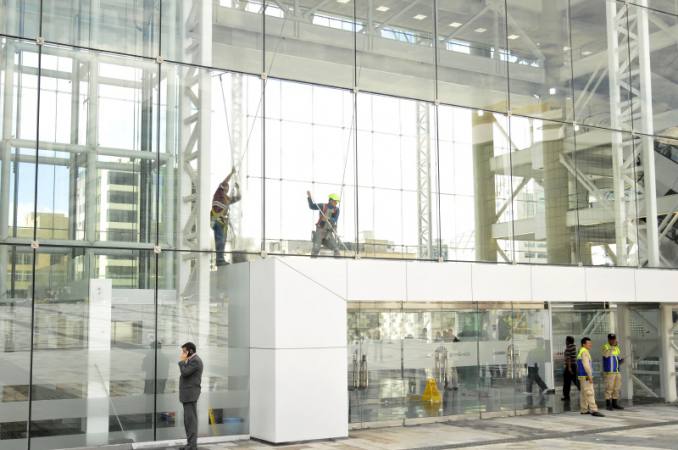 The Chinese company that built the Financial Platform has been awarded the construction of 25 public works, whose investment total $ 810 million. This company is China CAMC Engineering.

The building, which was opened last Monday and will accommodate eleven public institutions, was flooded that day after a heavy rain. Last year, the company staged a scandal in Bolivia that involved Gabriela Zapata, ex-girlfriend of President Evo Morales.

For the construction of the Financial Platform, the Chinese firm signed five contracts totaling $ 216.8 million. The principal, which is around $ 198 million, was awarded by the Construction Procurement Service (Secob), with a loan from the Chinese Development Bank (CDB). The other contracts reached $ 18.83 million and served for buying furniture, installing electrical networks, installing a security vault and cover the facade.

98 convicts are monitored by the 911 with bracelets