Banana producers from the region, including Ecuadorians, plan to meet in Brussels on April 5, 2022, with the main representatives of European supermarkets. They seek that, at least, the payment of an additional $ 1 for each exported box be recognized, as a help to the efforts that the sector makes to make its crops sustainable. That recognition, they say, is all the more necessary as the industry grapples with external factors that have shaken global trade. 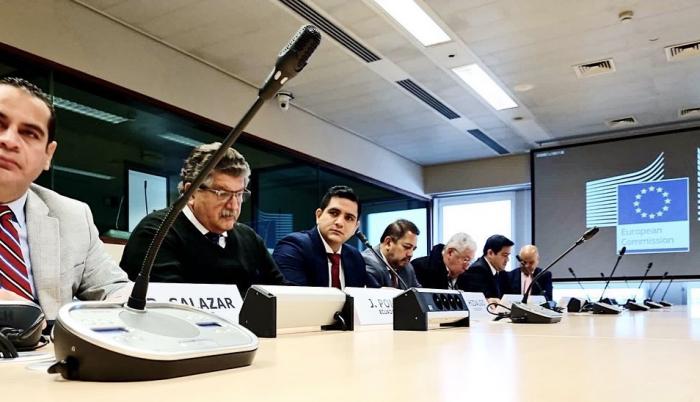 A delegation traveled to Europe in order to solve a price crisis.

The logistics crisis, added to it, the consequences of the war between Russia and Ukraine, have meant that, in recent months, the main raw materials continue to become more expensive. In addition to last year’s freight, this year there has been an increase in the costs of cardboard, plastic and certain fertilizers. In a scenario like this, said José Antonio Hidalgo, president of the Association of Banana Exporters of Ecuador (AEBE), it becomes essential that the sector receives the support it requires.

Since this year, a majority of importers, led by supermarkets, have refused to assume the increase in costs that the industry has been experiencing, even though the sector, in the last year, has had to face high investment costs in new production processes . , to comply with the sustainability policy that the European Union has imposed on fruit vendors.

“What we are seeing is that there is a lack of coherence between the purchasing department and the social responsibility department of the different European supermarkets. The latter has been setting demands on the producing countries, through certain global certifiers, with requirements that exceed supranational standards and that have generated cost overruns, but, on the other hand, there is a purchasing department that puts prices down. It is not consistent, if you demand more investment in the name of sustainability, but you are not willing to pay for it,” said Hidalgo, who this Tuesday, along with other representatives of the regional industry and the Ecuadorian Minister of Agriculture, Pedro Álava, will meet with supermarket authorities such as Import Promotion Desk (IPD) or Aldi,the latter one of the strongest in the purchase of fruit (up to 30 million boxes a year).

This Monday, a previous meeting was already held, Hidalgo advanced, and the commitment is to analyze the issue. To measure the costs that the region deserves , large studies are not required. These already exist, among them are those of Fair Trade certification. “It is a methodology where they analyze the costs of each one of the countries and obtain prices.” That, Hidalgo points out, should be taken as a reference.

The regional representation, which seeks better conditions for the fruit trade, has also been joined by the members of the Association of European Banana Producers (APEB). Since March 28, both groups have been analyzing with parliamentary authorities the conditions of the sector, at an international level, which in the last year has had to undergo drastic changes in the way in which pests that affect crops should be controlled. A mechanism is being sought to help lower the chemical load of fungicides without this putting more pressure on the sector.