EP Petroecuador today exported the first shipment of 1,080,000 barrels of East crude oil through the OCP terminal, through the interconnection of the Balao-Punta Gorda maritime terminals. 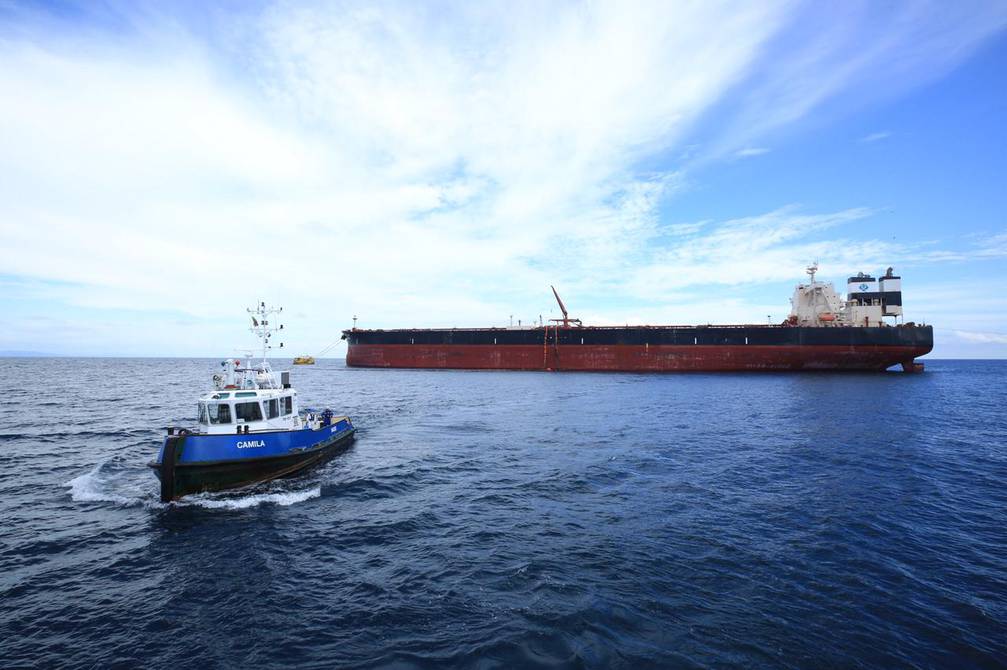 The export of crude oil was made through a ship of great depth with a capacity of 1,080,000 barrels.

The international spot sales competition, held by the state-owned oil company on June 3, was won by petrochina international with a spread of $ -2.49 and a prize of $ +2.00.

The Minister of Energy and Non-Renewable Natural Resources, Juan Carlos Bermeo Calderón, reported that the delivery of this volume of crude oil was made through the high draft vessel V.L.C.C. (Very Large Crude Carrier),which for the first time entered the country, an action that was possible thanks to the operating contract signed between EP Petroecuador and OCP Ecuador S. A., which for the use of this interconnection has a tariff of zero dollars.

“Theuse of this export alternative opens up new opportunities in the international market for Ecuadorian crude (especially in Asia), in addition to maximizing revenues in the marketing of oil and providing an alternative to buyers so that they can load ships of greater capacity, reducing their logistics costs,”he said.

For his part, the general manager (s) of EP Petroecuador, Pablo Luna, indicated that this transaction will generate revenues to the country of approximately $ 141′000,000 and an additional $ 2′160,000 for the export through the OCP terminal.

Meanwhile, the Business Manager of OCP Ecuador, Guillermo Freire, said that the interconnection of terminals will increase the load capacity from 700,000 to 2,000,000 barrels. According to figures on exports made through the OCP, the company said that from 2019 to 2020, napo crude outflows increased to China, Chile and Panama by 3.52%, 1.21% and 9.66%, respectively; and, today, with the export of East crude oil, the participation of these markets could be expanded and the price of its commercialization could be improved as there are more bidders for it.

The interconnection allows EP Petroecuador to use OCP’s maritime terminal for the reception, storage and export of East crude oil of higher quality than 23° API.

This event was attended by the Deputy Minister of Hydrocarbons, Carlos Suárez; the general manager of EP Petroecuador, Pablo Luna; the Business Manager of OCP Ecuador, Guillermo Freire; the general manager of the Ecuadorian Public Oil Fleet Company (EP Flopec),Pilar Ferri Moncayo, among other authorities, as well as representatives of national and local media. On this occasion the participants travelled for two hours to the high seas to see the crude oil cargo operations on the ship.

In addition, the use of larger capacity ships (TPM deadweight tons) makes Ecuador more competitive and attractive to the international market, with the diversification of customers and destinations further away, where refining systems require this natural resource with the quality that Ecuador has. (I)