The five decisions that marked the Social Security 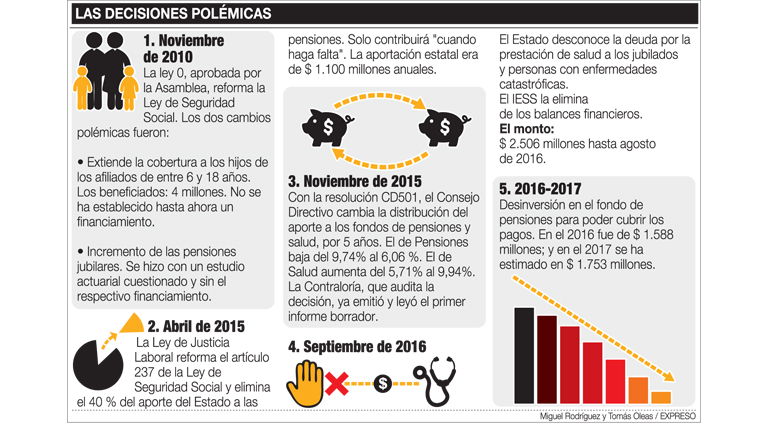 The voices that warned that the IESS would have financing problems in the future, and this is becoming a reality, began to be heard a decade ago. But with much more force in 2010, after the promulgation of a reformatory law, that increased, without any funding, the health coverage from 3.1 million people to 7.7 million, and ordered the increase of pensions for retirees.
The questioning of the IESS decisions, which were described as wrong because they would lead to the loss of resources, are still being heard today in the business sector, through representatives of employers and workers, and experts in social security.
The question that surrounds the minds of many affiliates today is whether there will be money to pay their pensions when they retire.

Carmen Corral, former director of the social security, and Paulina Guerrero, former representative of the affiliates to the IESS, told this newspaper that their concern has increased because the for-so-long-anticipated warning that the day would come when revenues would not be enough to cover the expenses finally became a reality last year. The agency is currently disinvesting and making use of the savings of the pension funds to cover the obligations with the pensioners.

The changeover of power in the Army appoints four new generals