The floricultural sector counts its losses for the 11 days of unemployment, with emphasis on the farms that were invaded by indigenous protesters and infiltrators, he says.

Juan Pablo Torres, of Agrinag, calculates at $ 400,000 the losses of 1.2 million stalks of roses that could not be exported and others that were not harvested. This without counting the damages to movable and immovable property and to the distrust that now arises in its clients, who had to look for the product in Colombia. 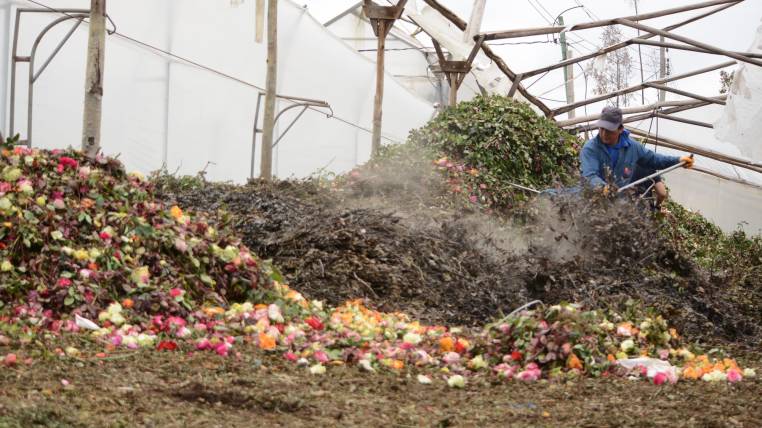 “They came to terrorize. To cause fear. They asked to join the strike. Do not work. We explained that every day that happened we had losses, not only the company but the workers, but they did not understand. They wanted to close us. There was damage to vehicles. They broke our windshields, punctured the tires, ”he says.

Álvaro Espinosa, manager of Agroganadera Espinosa, records a loss of 700,000 roses and another 200,000 flowers, equivalent to $ 300,000. He says that unemployment left him with a gap in his budget that prevents him from paying salaries, honoring commitments with his suppliers and even “we are very committed to the future.” “We have to go to a bank to get out of this problem. We would like the Government, through Banecuador, to help us with a loan. In 21 years we had never stopped sales. ”

Alejandro Martínez, president of the Association of Producers and Exporters of Flowers (Expoflores), records in approximately 40 million dollars the losses for 11,000 tons that were stopped harvesting or were not exported during the stoppage. “It will take us in some cases a month, in others up to four months, to recover the dynamics we had until before the stoppage.”

According to the guild, 40 farms were assaulted during the 11 days of the stoppage, among which are those of Espinosa and Torres. Two workers, under the protection of their identities, recounted what they experienced during the assault of their workplaces and in the following days. “On Saturday a truck with indigenous people stopped at the door and they climbed the fence. I ran and I dropped the radio. To which I tried to pick it up they grabbed me and one hit me with a stick in the back and told another to hit me. They asked us why we didn’t support unemployment and why we were working. There were about 50 or 60 workers … I have been working there for 16 years and that has never happened, ”says an employee of a florist.

A similar criterion has another worker. “I have 15 years working on this farm. At this time I had never seen this kind of behavior. It is the first time, ”he says, adding that he now fears that the losses recorded at his job sites compromise the payment of his salary and that of his colleagues. “When I returned I felt quite sad because it is the work of months, seeing so much loss in a matter of seconds. We think what will happen to our salaries, whether they will pay us or not. And so far we think if they will pay us the full salary or not. We know it is not the fault of the owner. ”

Torres believes that, regardless of who agreed or not with the strike, the way in which they wanted to seek supporters was not adequate. “The right to work was violated, to be free.” He also says that many of his employees had to flee and one was in shock because he was threatened with a rod in his face.

Espinosa also reports that some of his employees were forced into trucks and, as they told him, were taken to Quito. “That scared them all.” This businessman will not let the fact remain in the bitter episode. It will put a complaint in the Prosecutor’s Office against the few people they could identify, because “many entered hooded.”

And beyond the bad experience, the sector wants to recover the rhythm and confidence of its customers, says Martínez, who is sure that shipments will gradually increase.