The Ecuadorian-American singer-songwriter Cristina Morrison is the founder, producer and host of the Galapagos Music Fest. The festival, which brings together more than 25 international artists, will hold its first edition virtually, in two stages, between May 28 and June 5. The festival seeks to raise funds, through art and music, which will go to the cause All for Galapagos. 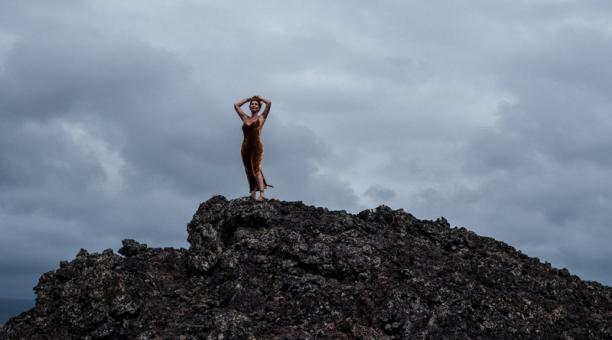 As a resident of the Galapagos for 25 years, Morrison has developed several projects in favor of the islands. “There was always the idea of ​​doing something bigger in the Galapagos like a festival or opening a recording studio. Among my projects there was always something latent to do in the Galapagos, ”says the artist, who has been working in production for about a month, collaborators like The Thinkers Studio, Roberto Ochoa and Río Arriba Producciones.

In speaking about the motivations that led her to develop this project, Morrison cites three. First, it talks about the complex health and social situation derived from the covid-19 pandemic. In this context, it also refers to the reinvention process in which artists work to continue developing their work. But, above all, he mentions the need to support those who work to meet the most urgent needs of the Galapagos population at this time.

This is how the All for Galapagos campaign was born, which seeks to support the approximately 3,000 residents of the islands (representing 10% of its population), who are in mainland Ecuador, unable to return to their homes due to the health emergency. .

Pop, jazz, alternative, blues, bossa, rock will be some of the genres that will give life to this festival. The transmission will be made through the official channels of the Galapagos Music Fest on Facebook and YouTube. Presentations will take place in two stages. The first between Thursday, May 28 and Sunday, May 31, and the second, between Thursday, June 4 and Friday, June 5. Every day, the public will have free access to the shows, starting at 18:00.

Donations will be received through the Charities Aid Foundation of America page. Morrison explained that the funds will be used to support the non-voluntary stay of residents on the continent, the return to the islands and what this entails: food kits, logistics, biosafety suits, transportation, PCR tests.

The agenda also includes interviews with experts and public figures with whom he will chat on topics such as: sustainable development, national parks and good living. Among the special guests are Arturo Izurieta (former director of the Galapagos National Park and Charles Darwin Research Station), Roberto Ochoa (naturalist and documentary filmmaker), Roberto Manrique (actor and activist), and others.

“The objective is to put Galapagos on the fore and talk about the situation of the islands and the needs of their people.” The details of the programming are available on the festival’s social networks on Instagram , Facebook and YouTube .