In the Lojan community of Jaboncillo, everyone talks about the two girls, ages 3 and 5 , abandoned on the US border. 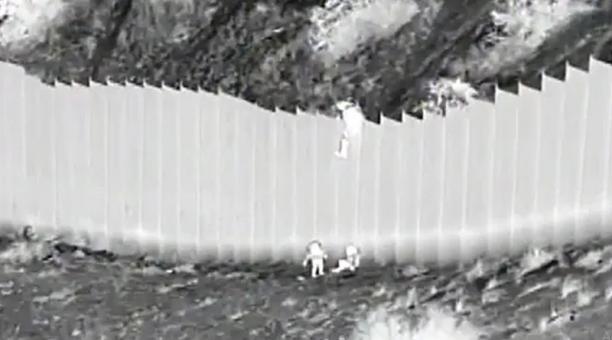 The minors migrated from this town to be reunited with their parents.

Jaboncillo is a small hamlet in the San Lucas parish , whose majority population, including the parents of the minors, are indigenous Saraguros .

The girls’ father came from there more than two years ago and the mother a year ago.

Relatives say that the minors left by car on March 26, 2021, accompanied by their grandmother and uncle .

The first stop was Latacunga and a day later, from the Cotopaxi International Airport , they left by plane for Mexico .

Relatives indicate that in the Central American country, the paternal relatives delivered the minors to the coyotes on March 30.

These had been hired by the parents to help them cross the border into the US illegally.

The girls’ grandmother and uncle had planned to stay in Mexico, pending until the girls reunited with their parents. But they assure that they never imagined that when the case fell from the border wall, it would spread internationally.

The paternal family of the little girls is scared and worried about the events and fears that they will be judged for collaborating with the trip. “The paternal grandfather told Telemundo that it will be risky, but that his daughter and granddaughters suffered a lot from being separated.”

For this reason, he also asked the United States Government to help him in the family reunification of the girls with their parents. The Ministry of Foreign Affairs learned that this process is progressing, but that it will take a few more days to complete the respective procedures.