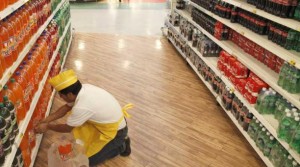 Alexis Mera, legal secretary of the presidency, said yesterday March 21, 2016 that the assembly expects that the text is ready this Friday. “What is to be defined is whether only certain products or all that contain sugar will be taxed. This bill will be urgent.” The aim of the regime is to collect USD 300 million with this proposal, which also includes alcohol and cigarettes.

The official also predicted that some exemptions will be included to taxes on foreign exchange outflows (ISD). The announcement generated reactions among representatives of the productive sector and analysts. Yesterday, Christian Wahli, president of the Grocery Manufacturers Association (Anfab) met with representatives of various industries to analyze the measure announced by President Rafael Correa on Friday.