The Government analyzes to concession Sacha for up to 20 years

The Sacha field , considered the ‘jewel in the crown’, is once again in the sights of the Government . The Ministry of Energy suggested to President Lenín Moreno, last December, to monetize this asset to generate income for the fiscal treasury and increase oil production. 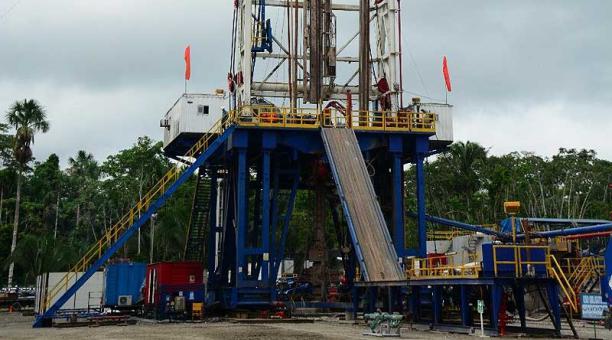 The Government analyzes to concession Sacha for up to 20 years

This operation seeks for a private company to be in charge of the exploitation of this field for a period of between 15 and 20 years, through a specific service contract that establishes, among other things, that the State pay a fee for each barrel extracted, reported on Friday, January 22, 2021, the Ministry of Energy.

In return, the Treasury aspires to receive up to USD 1 billion. Also, you will get a percentage for each barrel traded . The rest is to pay private by extraction of the oil and cover part of the advance. It is a process similar to that promoted by the previous government with Auca .

For this, a plan must be presented that includes financial information, a process schedule, etc. Finance anticipated that the money obtained will be used, in part, to buy back expensive debt , such as the one contracted with China .

To advance in this process, the Ministry of Energy proposed in a letter sent last December to the President , and to which this newspaper accessed, to resume the tender that was held in 2019 in order to find a private firm that operates the Sacha area .

This tender, which was evaluated by the international consulting firm Arthur D’Little, determined that five firms , out of 12 interested , met the requirements to assume the operation of Sacha. These are Baker Huges, Pluspetrol, Tecsip / Techint, CERG / MIE and Geopark-Vista Oil, which are headquartered in the United States, Argentina, China and Mexico.

This initiative, however, was suspended at the beginning of 2020, because it was decided to keep the operation of this asset in the hands of the State. Now, instead, it is suggested that companies that met the requirements, according to Arthur D’Little, update their offers . If this recommendation is accepted, the tender would take an average of one month, the energy ministry said.

This transaction would increase the daily production of Sacha at about 30,000 barrels, according to the State Portfolio.

Currently, this area contributes 67,712 barrels of crude per day. It is one of the three most productive fields. It has 200 million barrels of crude in proven reserves (see chart). “It is a very convenient operation, because Sacha is in a process of accelerated decline,” said the Ministry of Energy.

This field , which has been in production since 1972, requires an investment of around USD 300 million a year, for four years, to sustain and increase production. But the Treasury does not have the resources, added the Ministry of Energy.

Fernando Reyes, vice president of the College of Geology, Mining, Petroleum and Environmental Engineers (Cigmipa), questioned whether to promote this process when there are just a few months to go before there is a change of government.

Reyes said the oil of Sacha is the best quality , because it is lightweight . It contributes more than USD 1 billion a year. In 2019, for example, it generated USD 1.11 billion net, according to Cigmipa. This represented 24% of the resources generated by state oil exploitation.

Therefore, Reyes recommends signing a participation contract , which would allow a private company to invest in Sacha. In return, the production will be shared between the Ecuadorian State and the private sector. The opposite would imply losses, because the Treasury would receive only a percentage of each barrel sold, which will vary according to the price of crude. At lower cost, the income would be lower.

For the economic analyst Walter Spurrier, on the other hand, it is correct to analyze Sacha’s concession to a private company, because if the State does not invest in this field, production will fall and the income received by the Treasury will be further reduced.

Given the need for resources, the Government is analyzing resuming the process that it promoted in 2019 to concession the Sacha operation to a private firm. Also, part of the plan is to increase production by about 30,000 barrels of oil per day.

The Technified Irrigation Project of the MAG, nominated for the Global awards promoted by the UN