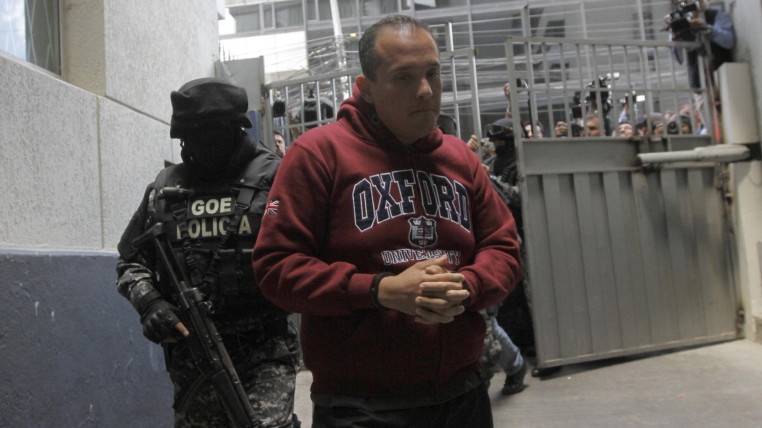 He repeated at least three times, “Mr. Alex Bravo, former manager of Petroecuador, is not a political official of this government.” Thus, Alexis Mera, legal secretary of the presidency, tried to justify the relationship with the former official, involved in alleged irregularities.

What is the suspicion? Influence peddling and evidence of tax fraud, which are investigated by the Internal Revenue Service (IRS).

Bravo was arrested yesterday at his home in Tumbaco, northeast of Quito, and transferred to the Flagrante Delicto Unit for the arraignment. The complaint was filed on Friday by Mera and Leonardo Orlando, director of the IRS.

Bravo’s case became public after the leakage of the so called Panama Papers, conducted by a consortium of journalists that analyzed the documents of the Mosack Fonseca law firm for over a year. A company formed by the former head of Petroecuador appeared on the list.