The Government hopes that the industry grows by 2% 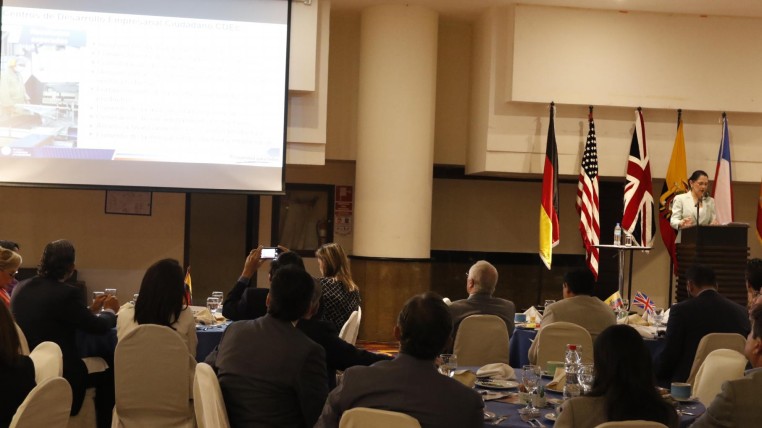 The goal is for the manufacturing sector to increase by 2%, Industry Minister Eva García said at a conference before 140 entrepreneurs, and members of the Bi-national Chambers of Commerce of five countries (US, Germany, Great Britain, Chile and Spain). However, the businessmen raised several issues, which would hinder the achievement of the goal, also desired by them.
Among the observations were the high taxes that are paid for the imported spare parts for machines used by the industrial sector and the red tape.

García remarked that she knows the problems of the industry, and pointed out that the average industrial productivity has stagnated in recent years ($ 10,200 in 2016). Most exports are primary products, only one in three products have a local quality infrastructure to obtain certifications.

After an x-ray of the sector, she showed the solution and policies for each problem. Among those, the fact that 11,500 Ecuadorians studied abroad until 2015, to boost quality and innovation, to double the installed capacity in power generation, incentives to invest, open new markets, execute multipurpose projects, improve telecommunications and road network, airports and ports, among others. She emphasized that the channels of dialogue are open, to ignite the engines that allow the country to reach the goal. (I)

Lawyer of Legal Expert accused of changing names denounces his client was “pressured.”