A few weeks ago, the possibility of suspending a worker without payment of wages was unfeasible in the country, because Ecuadorian law, including the latest ministerial agreements, requires the payment of wages even in an emergency situation. However, the Minister of Labor, Luis Poveda , has announced this April 14, the possibility of including this option in the urgent economic project that will be processed in the Assembly. 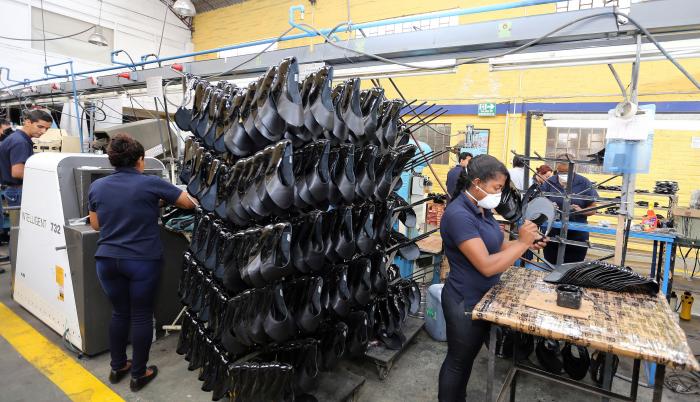 “ The project is still being analyzed , regarding the effects of the suspension of the employment relationship, which can be a suspension of up to 3 months, renewable once. And, during that time, the worker would not receive the remuneration, nor the insurance contribution , “Poveda explained this morning during an interview on a local channel.

Another alternative would be related to reducing working hours and wages proportionally to hours worked, for up to two years, and with the option of renewing for up to two more years.

This newspaper tried to have details of the proposal, but a response from the Ministry is still awaited, after requesting an interview. According to the official, the issue is part of the options being sought to prevent Ecuadorians from losing their jobs. According to official calculations, as a consequence of the crisis caused by the Covid-19, some 508,000 people in Ecuador could be left without work and another 233,000 enter informality.

After the start of the crisis, the Labor Ministry approved several labor modalities, to avoid the dismissal of people: among them the possibility of working from home (Telecommuting) and the option of being able to modify, reduce and suspend the working day , but as long as a payment to the employees is guaranteed. Added to this is a last Ministerial Agreement (080), which allows employers and workers to establish agreements for the future payment of wages during this emergency.

” If an agreement is not reached , logically, any of the parties can make the pertinent claims, and we must act,” said Poveda, who, however, expects most companies to reach consensus to be able to keep jobs. .

However, despite these efforts, 1,300 untimely layoffs are already officially registered in the country, Poveda said. Given this, the Ministry strengthens its day of inspections at the national level. “We have already done 1,680 inspections, verifying compliance with employers’ obligations and responding to the requests made by workers.” These dismissal complaints, he added, are already being investigated.

According to the Government, the project, which among other issues also suggests that companies and citizens contribute to the crisis with a part of their salaries, will be sent “in the next few days” to the Assembly, as details are still being polished.