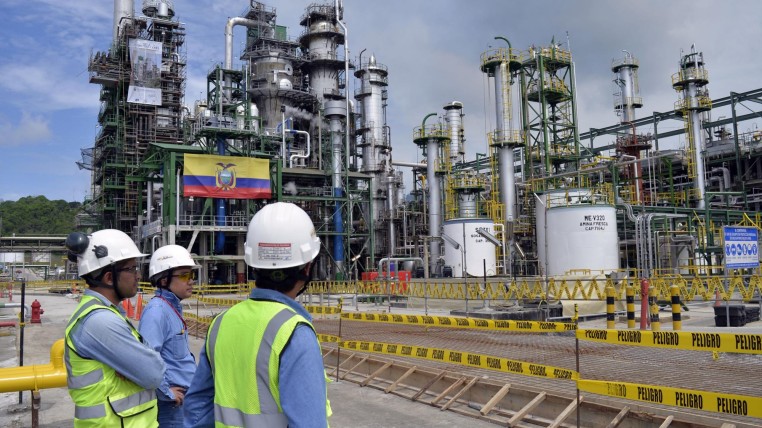 It is hidden debt. The previous government used the public company Petroecuador to negotiate loans but did not register the securities. These commitments continue in force and there are pending disbursements. In process is, for example, the arrival of 150 million dollars, from China.

The Finance Minister, Carlos de la Torre, defends the transactions made during the management of Rafael Correa. In 2014, as reported by EXPRESO yesterday, an agreement was signed that converted Petroecuador into a “lender” to obtain money to finance the self-styled citizen’s revolution. De la Torre believes that this was the necessary mechanism given the economic circumstances of the country. “Petroecuador was just the channel,” he said.

The official alleges that the Government pays the debts and not the state company. However, he did not explain why those values do not appear in the public debt registry.

He also did not say the value to be paid for the transactions made under the 2014 agreement. In conversation with this newspaper, the minister stressed that “there are remnants of disbursements” but he did not give a total.

What he did say is that 150 million dollars are coming from Chinese banks that lent money to Petroecuador to, as the agreement establishes, “works for good living”.

In the public company, they also do not know the total value to be paid. It is only clear that there are 400 million that will arrive in the coming months. That is, there are about 550 million dollars that will enter the fiscal coffers by an agreement that the opposition classifies as illegal.

The political movement CREO will discuss the issue today because, at the discretion of its members, the concealment of the debt and the use of a public company to contract loans that benefit the Government is an irregular strategy. They look at former president Rafael Correa as the cause of the economic anomaly.

In this month, the group will request that the political leader appear in the Oversight Committee of the National Assembly. Correa announced that he will return to the country this week, but the opposition wants him to come, but to give an account. The CEO of the oil company, Carlos Tejada, told last week that the Comptroller General also suspects the scope of the agreement. That is why he ordered that the debt resulting from the document, signed by the sentenced Marco Calvopiña and former Finance Minister Fausto Herrera, appear on the balance sheets of the public company currently working on that publication.

The financing of Petroecuador to the previous Government is not limited to the loans obtained under the agreement made public EXPRESO, yesterday. The pre-sales of crude also injected capital from China and Thailand. The agreements generate interest and payments but they also do not appear in the public debt registry held by the Ministry of Finance. According to that entity, until November, the outstanding payments of the Government totaled 46,553.7 million dollars. (I)