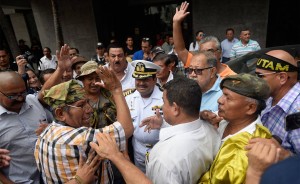 Garcia would have been dismissed for failing to meet the request of the Attorney General´s office, so that the ISSFA returns $ 41 million for an alleged “excess” payment made by the Ministry of Environment for a land where the Samanes Park is currently located.

Cordero said in an interview with Ecuavisa that former ISSFA Director would have refused to reach an agreement with the MAE. “There is only one responsible, Admiral Freddy Garcia, Director until yesterday (Wednesday). He has been replaced and today (yesterday) the ISSFA will be led by another person … The director had the solution in his hands, but ill-advised, stubborn, who knows what is in the mind of this official,” he said.