The  District Court of The Hague  today ruled in favor of  Chevron  Corporation in its dispute with the Republic of  Ecuador , confirming the Arbitration Award issued in 2018 by an international tribunal administered by the Permanent Court of Arbitration of The Hague. 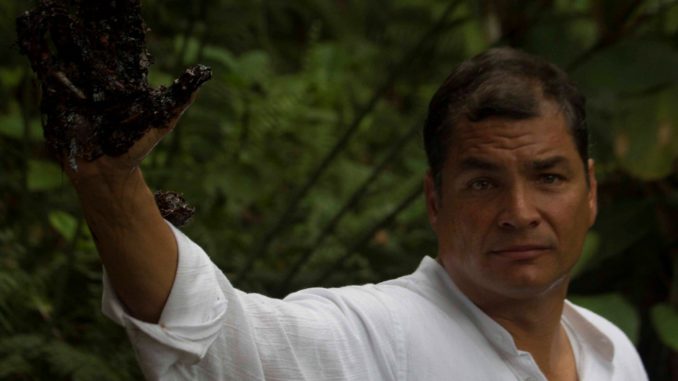 The Court rejected the request for annulment raised by Ecuador after considering that  the judgment of the Ecuadorian Justice against Chevron was the product of a fraud plot against the oil company , as indicated in a statement from the US company signed in San Ramón (California, USA). .UU.) And released today in Quito.

This document, provided by the oil company, specifies that the Dutch Court ratified the award of a court of the same jurisdiction issued in 2018, which accepted the theory of  fraud in the $ 9.5 billion judgment to which Chevron was sentenced in court. from the Ecuadorian city of Lago Agrio , for alleged damage to the Amazon.

“The parties agree on the fraudulent nature of the Lago Agrio judgment and the process in which it was delivered,” is added in the brief and it is noted that the Court considered that the arbitral tribunal acted appropriately when issuing the award, in a reasoned manner and adjusted to the law and public order.

The Court, according to the brief, concluded that the court orders duly sought  “to eliminate the consequences of a fraudulent sentence handed down by a corrupt judge , “ adding that “since none of the grounds for nullity invoked by Ecuador were successful, their claims will be denied. ».

In the award, according to Chevron, the arbitral tribunal warned that the Ecuadorian court’s ruling was determined by a huge fraud and corruption on the part of the plaintiffs’ legal team,  including the bribery of the judge and the clandestine drafting of the sentence .

The court also established that  the Ecuadorian judgment “is unenforceable under international law”  and dismissed the environmental accusations against the oil company, since one of its subsidiaries carried out a reparation program in the Amazon area that operated between 1964 and 1990. .

That program, the company added, was supervised and approved by the Ecuadorian government at the time, which released and exonerated the oil company from environmental claims.

“Any responsibility for the current environmental conditions in Ecuador falls exclusively on the state oil company (Petroecuador), which continues to operate today in the same area,” the letter was added.

He also assured that this latest ruling is added to a series of sentences against the plaintiffs in courts of Argentina, Brazil, Canada, the United States and Gibraltar.

Chevron also recalled that Ecuadorian authorities admitted earlier this year in the United States that the judgment against Chevron issued by their courts is “fraudulent.”

Chevron’s arbitration against Ecuador is in its final phase and the international tribunal in The Hague is expected to quantify the amount of damages that Ecuador owes the oil company.

In 2011, a Lago Agrio court ordered Chevron to pay $ 9.5 billion in compensation for environmental damages that Texaco, a company acquired by Chevron in 2001, allegedly caused in the Ecuadorian Amazon.

The US multinational alleged that this sentence was obtained “through fraud, bribery and corruption,” rejected the legitimacy of the Ecuadorian court and appealed to the arbitral tribunal in The Hague, which ruled in 2018 in favor of the oil company. EFE