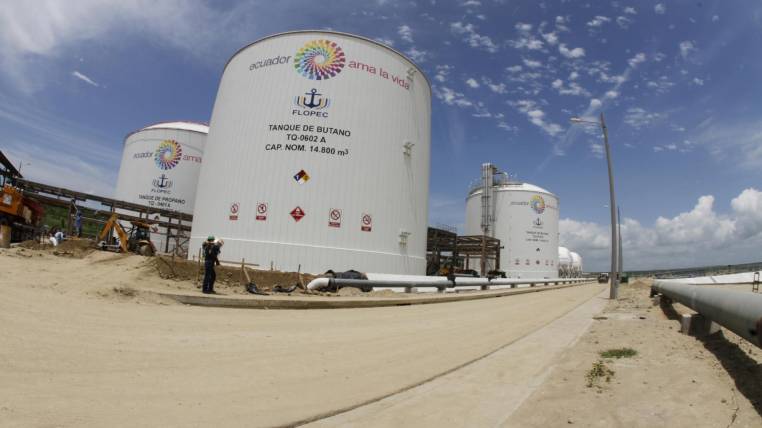 Disorder, high accounts, incomplete balance sheets and accumulated losses. Public companies are going through a difficult time after a questionable management during the previous government. Accumulated losses, only in 2017, exceed 1,875 million dollars.

EXPRESO agreed to the financial results of the 21 public companies that are controlled by the Coordinating Company, EMCO. Of the total, 11 had negative figures between January and November of last year.

The most scandalous data is Petroamazonas oil company. The report shows that the entity’s losses exceeded 1,808 million dollars. A figure that, according to its authorities, is the result of an inadequate structure that was fixed in the Government of former President Rafael Correa.

Despite the fact that the Constitution, in article 315, mandates that public companies have financial, economic and administrative autonomy, the former president and his team established that Petroamazonas does not receive any payment for the barrels of crude it extracts. Therefore, although it has a daily production of 425,000 barrels, in its records there is no income for that work.

Álex Galárraga, general manager of the oil company, said that it should work on a mechanism that allows Petroamazonas to record the values it obtains for the extraction of crude oil that Petroecuador delivers without invoice so that it can be sold or refined. Currently, oil revenues go directly to the Ministry of Finance and then, with delays and non-compliance, are distributed to entities such as Petroamazonas. A triangulation that affects the presentation of figures of companies.

Petroecuador also suffered the consequences of a State that did not respect autonomy. In December 2014, as this newspaper published on January 2, the public company signed an agreement with Finanzas to borrow to grant resources to finance the Correa government. The document affected the management of Petroecuador and is now being investigated by the Prosecutor’s Office.

Discounting the “accounting error”, ten public companies had negative numbers in the 11 months of 2017. Tame, for example, exceeds 28 million dollars in losses.

Its manager, Octavio Pérez, acknowledged – since taking office in November – that the company was not handled correctly. The previous government, among other anomalies, did not pay for presidential flights although the service was provided

The Ecuadorian Oil Fleet (Flopec) is also on the list of losses with 27 million dollars. This despite having revenues of more than 344 million dollars, only in 2017. In 2016, however, recorded earnings above 11 million dollars. Edisson Garzón, manager of EMCO, believes that the problem is that Correa’s management did not consider public companies as generators of resources.

They were treated as public entities that spent state budget and that, in most cases, did not have profits. That mentality, according to Garzón, will not be part of the public business model by order of President Lenin Moreno. There is a whole list of modifications that include the elimination or merger of some companies. Two will disappear this month.

This Thursday, in an event with the chief executive, EMCO will present the new work scheme that will be applied in each company. The changes range from a new name – EMCO will be called the Business Group of Ecuadorian Public Companies – to management models that generate profits. This, of course, will respect companies that have a social meaning. Andrés Peña, manager of Casa para Todos, emphasized that his management has the support of Finanzas because it is an emblematic project of the Government. Social Not all public companies pursue the generation of economic gains for the State. Casa para Todos, Strategic Ecuador, the National Mining and the Water Company have projects of help and social impulse. Settlement The Cement Public Company has the hours counted.

The divestment process is advancing and it is expected that this year will be fully liquidated. A future similar to that of the Public Pharmaceutical Company that the previous Government could not develop. Income At least nine of the 21 public companies still receive resources from the General State Budget.

The others are self-sustaining although, in some cases, they can receive government funds for specific works. Electrical The public companies Celec (which generates electricity) and CNEL (which distributes electricity) will count, this year, with state resources for the construction of specific works. The rest of its operations are sustainable due to its management. (I)