The IESS has debts with clinics 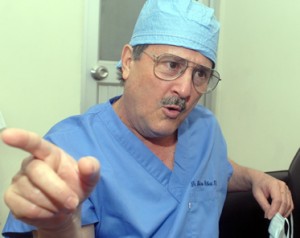 The Ecuadorian Institute of Social Security (IESS) maintains a debt to the clinic Guayaquil and other welfare houses in the town, that provide the health service to affiliates.According to Roberto Gilbert, President of Medical Services of Guayaquil clinic , has gone so often to the office of the Deputy provincial director of the IESS, Oscar Armijos, in the case of insurance, and never finds him.

Not only that debt grows, but now the IESS has decided to deny the 70% of the advance that, from October 2013, agreed to give clinics when they presented their collection bills. The answer you have had of the IESS is that do not have sufficient medical Auditors to check the dozens of cumulative folders.

It was in August of 2013 when Social Security decided that bills of collection, the attentions to affiliates, be them log Prosick, via the web. The Manager is the networking company that has offices in Quito, but its parent company is in Colombia.

The problem of the lack of liquidity, by cancellation of invoices late, is that clinics are unable to meet payments to its suppliers of medicines and supplies medical, necessary for the care of the sick members.