The IESS will use savings to pay pensions 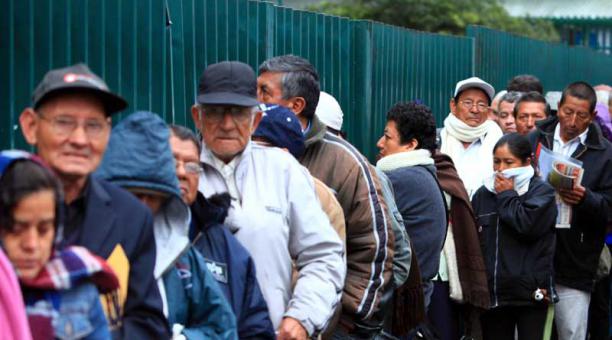 The Ecuadorian Social Security Institute (IESS) will need USD 1 943 million to pay for pension, disability and death benefits in 2017. The agency will use its savings with the divestment of USD 1 753 million that today generate interest to cover this financial gap.

The budget of the IESS was approved last December by its Board. According to the document, this year the agency will receive USD 1 689 million for the pension insurance contribution, but the expenses for these benefits double that amount to USD 3 632 million. Although in previous years there were also gaps between the incoming and outgoing money, the IESS covered those shortcomings mainly with the contribution of the State and the interests of its investments. But in 2015 this changed.

For Carmen Corral, former director of the IESS, two factors explain the fact that the agency has taken its savings to pay pensions for the past three years. The first was the decision in April 2015 to eliminate, through a legal reform, the fixed percentage of 40% of the State’s contribution to the payment of pensions and establish that this contribution will be made only “when necessary.”