The illegal migration from Ecuador to the United States that leaves the Austro will continue despite the visa requirement in Mexico, according to specialists

Until the routes are rearranged, irregular migration from Ecuador to the United States will stop momentarily, but the reactivation of the visa to Mexico will not be a limitation for travelers seeking new job opportunities abroad. 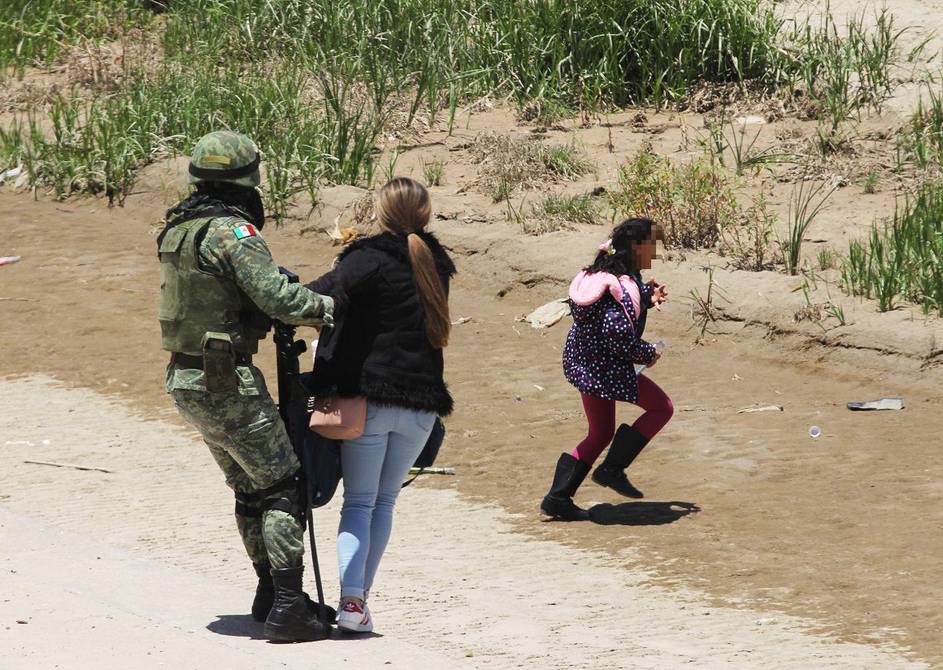 The illegal migration from Ecuador to the United States that leaves the Austro will continue despite the visa requirement in Mexico, according to specialists

This is what the experts agree on when asked whether “family” trips will lower their demand, since the risk of moving without guarantees through Central America is greater now.

Ecuador is a country of “migrant culture” and the cancellation of a visa to enter Mexico will not stop the departure of people, maintains the sociologist expert on migration issues Germán Cárdenas. For him, the temporary cancellation of this requirement added to the economic crisis caused by the pandemic triggered the massive departure of men and women.

The coyotes made them believe that the transfer was “less risky” than usual, because before this diplomatic decision, people passed through various countries by bus, truck or boat, he says.

Furthermore, the journey became so “easier” that the migrants took their children, many minors, to arrive by plane to the Aztec country and from there directly to cross the wall.

That exodus was reflected in Azuay and Cañar in the long lines generated outside the Civil Registry, where for months the users fought for this travel document.

One of the last cases that ended in tragedy was that of Jazmín Lema, a 21-year-old girl born in the Biblián canton, Cañar province, who perished on the border between Mexico and the United States.

She began her journey on August 21 from Quito with her 2-year-old and 11-month-old daughter, but the “American dream” was not fulfilled.

Jessica, her sister, said that one of the triggers for this decision was not having obtained a place to access a public university. In addition, after the death of his father he was left in charge of the family business and “although he tried by all means, many turned their backs on him”, so he went bankrupt soon after.

She learned by coincidence of her sister’s irregular trip and although she warned her of the dangers, her decision had already been made, she had no turning back. The coyote’s promise was that when he arrived in Mexico he would go straight to the border to surrender to the authorities, but what really happened was that he crossed the desert on foot in extreme conditions until he fainted and died.

While the daughter who will turn 3 on September 14 is alone, the only information they know is that someone rescued her.

They heard the news of her death last week and that is why now they are crying out to the authorities to help them repatriate the body and for the minor to return home, in order to alleviate her grief a bit, since Jazmín was left with the desire to reunite with their parents, also migrants, and to give their little girl a better future.

Another factor that Cárdenas says will continue to be decisive is the “effectiveness” of the coyote, because although every week there are flights contracted by the Government with deportees, from his perspective, more arrive than are returned.

Due to his expertise in the subject, he affirms that, out of every ten travelers, eight are those who arrive in the United States.

It was precisely this “trust” that led Boris, a 23-year-old boy born in Ludo parish, in Sígsig, Azuay province, to hire the coyote who took his brother six years ago.

From the United States he confessed that for having that reputation as a “good passer” they contacted him again despite the fact that they were aware of the dangers. Now he is in New York, working in construction.

And although the cases of Jazmín or Boris occurred before September 4, Germán Cárdenas estimates that now there will be a greater demand for the routes formerly known to Central America or the Bahamas, the latter is by sea where the coyotes offer them that This route is less risky because they will not have to cross the desert or cross the well-known Rio Grande.

However, they are not told that there are also cases of missing persons, such as that of the two families from Azogues who have not appeared since last March.

Another aspect that, according to William Murillo, director of the 1800 Migrante corporation, will decrease considerably is the trip with minors that became habitual while the visa-free entry to Mexico was in force. He is confident that by analyzing the real danger this poses, they will not put the most defenseless at risk.

Meanwhile, Cárdenas concludes that the coyote business will continue as current as ever, charging between $ 12,000 and $ 15,000 for each transfer, not to mention that many times they are extorted on the way, which increases debts up to $ 30,000.

This without ceasing to suggest that, in order to slow down this exodus a bit, the Government must propose policies for entrepreneurship, job creation and support for returnees. (I)