The IMF will take the pulse of the country in March 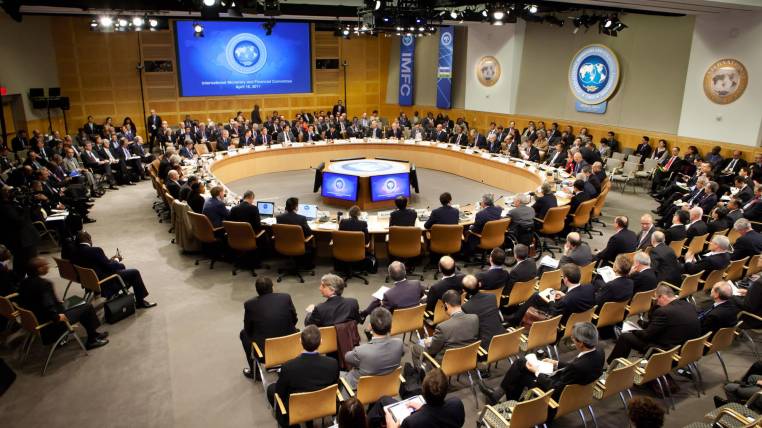 Technical staff of the International Monetary Fund (IMF) will visit the country in mid-March for the consultation of Article IV. This was confirmed to the EXPRESO, Finance Minister, Carlos de la Torre, and the representative of Ecuador before the agency, Francisco Rivadeneira.

The exact date will be defined these days, said the head of the State portfolio. Since last year, the head of Mission for Ecuador is Anna Ivanova. The Article IV consultation is an annual report by the IMF on the economic situation of its associated countries. So far, two virtual preparatory meetings have been held with IMF staff, De la Torre said.

The Ecuadorian Government will make public the results and the observations made by the IMF. In 2016, the then manager of the Central Bank of Ecuador (Banco Ccentral del Ecuador), Diego Martínez, said that the report for that year was not published because they did not agree with the IMF’s vision.

Now, the Government has sought to have a friendlier relationship with the Fund, to seek transparency and reassure the markets. In November, Moreno already met with a delegation headed by Alejandro Werner, director of the Western Hemisphere Department. In its latest projections, the agency has been more optimistic and has corrected the growth estimates, and forecasts that Ecuador’s GDP will grow 2.2% at the end of this year. Previously, it predicted only 0.6%. But what will the IMF review when it comes to the country? Below is a guide on the five most important points of the work that the mission will carry out in Ecuador.

HOW IT IS PERFORMED

1  The Article IV consultation consists mainly of an exchange of views between the authorities and the IMF’s technical staff on the economic prospects of the country. IMF economists also evaluate public accounts.

2 During the visit, according to the IMF website, the dialogue with the authorities focuses on fiscal, monetary, exchange and financial policies, as well as structural reforms critical to the performance of the economy. The teams also meet with representatives of the private sector, trade unions, the academic world and civil society, to get a complete idea of the country’s economic policies and prospects

3 Upon returning to the headquarters of the IMF in Washington, the technical staff prepares a detailed report that, after a few weeks, is presented to the Executive Board, made up of representatives of the 189 member countries. Subsequently, the opinions of the Board of Directors are transmitted to the authorities of the country, which concludes the Article IV consultation process.

4 Currently, almost all the member states of the IMF give their approval for the publication of the opinions of the Board of Directors, as well as the report of the technical staff and the analyzes that accompany it. In many cases, a statement is released at the end of the staff visit at a press conference. Previously, nations such as Argentina and Ecuador have decided not to publish it.

5 In the context of “the supervision process and with the spirit of openness that characterizes the consultation,” the IMF’s technical staff highlights potential risks and vulnerabilities and provides policy advice to the authorities. However, policy advice is not binding. That is, each country decides whether or not to accept the recommendations.  (I)