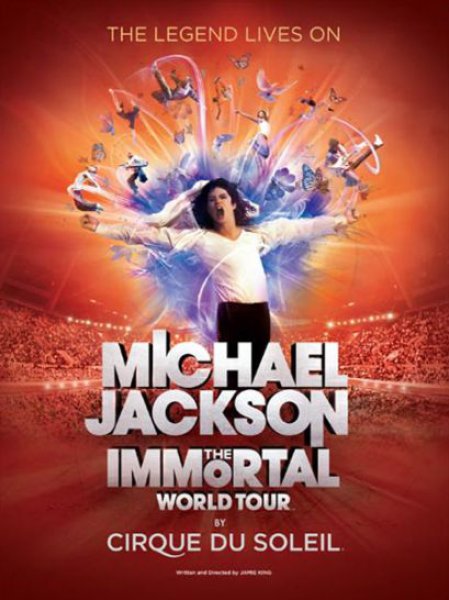 Cirque du Soleil, the most famous acrobatic company in the world, officially announced today that there will be a show based on the artwork of Michael Jackson—the tour would begin in October next year in North America—it is entitled “The Immortal Michael Jackson World Tour.”

The unique style of the artist returns to the stage with the help of the creative director of Madonna performances, Jamie King, who has also worked for Rihanna, Celine Dion, Britney Spears or Spice Girls.

The project, supported by the Jackson Trust Fund and the family of the “King of Pop” will work with a team of 60 interpreters, the show will be inspired by the “love for music and dancing” of the singer, as well as “fairytales, magic and the fragile beauty of nature,” said a statement.

The tour will pass by 30 cities in Canada and the U.S. Its world premiere will be on October 2nd, 2011 in the birthplace of Cirque du Soleil, Montreal.

The ticket presale starts today for members of the company’s acrobatic and subscribers of the “King of Pop” website MichaelJackson.com, general sale starts on Saturday.
According to an agreement between the managers of the Jackson heritage and the Cirque du Soleil, the profits will be split 50 percent between the parties.

Universidad Central del Ecuador will Have a New Hospital